Dr. Hamad Bin Abdulaziz Al-Kuwari is President of Qatar National Library and State Minister with the rank of Deputy Prime Minister of Qatar. He is a Q... atari diplomat, statesman and intellectual. He was the Minister for Culture, Arts and Heritage of Qatar from 2008 to 2016. He was previously the Ambassador of Qatar to France, the United States, UNESCO and the UN. Dr. Al-Kuwari holds a Bachelor's degree in Arabic and Islamic studies from Cairo University and a Master's degree from Saint Joseph Jesuit University in Beirut. He also studied Political philosophy at the Sorbonne in Paris and completed a PhD in Political Science at the University of the State of New York in Stony Brook. He speaks Arabic, English and French. He has published numerous books on cultural diplomacy, and his work has been translated into several languages. 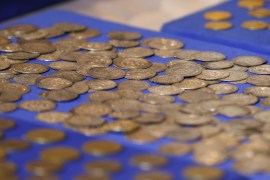