Erkin Sahinoz, born in Istanbul, completed his undergraduate education at Bogazici University's Mechanical Engineering Department. He received his MBA... from the University of Nebraska as a scholarship student, and then completed his master's degree in economics at the same university. He started his professional career in 1999 as a research assistant and worked as a consultant in Business Development Center. Between 2000-2002, he consulted companies in different sectors and business lines, including banks. In 2002, he transferred, as an economist, to the US Federal Reserve (FED). He was promoted a a financial model that he developed using options and predicted interest rate changes of central banks, and he was appointed to the FED as the Director of Economic Research Group. He returned to Turkey in 2007 and establihed Strategy Coordination and Business Development Department within Arikanli Holding. In 2009, he has been appointed as Austrian Erste Bank's Turkey's General Directorate. He mainly focused on setting up operations for brokerage and investment banking services regarding the foreign and domestic investors in Turkey. He has led many operations of various companies on corporate finance, IPOs and also introduced a brand new financial product to the Stock Exchange Istanbul, named turbo certificate.  Sahinoz is a contributing columnist in many Turkish national newspapers, especially Dunya and Sabah. Besides he is regularly conducting current economic and market interpretations on mainstream  TV channels; such as NTV, CNN Turk, TRT News and TGRT. He is also a reputable strategy / business development and economy adviser for many companies and  institutions, especially for Istanbul Chamber of Industry (ISO). He mainly provides training and consultancy services to banks and real sector companies in a wide range of fields within Tim Consultancy since 2017

How could Turkey over­come its cur­ren­cy woes?

Turkey would not need to im­pose cap­i­tal con­trols to stem the plunge in the lira, writes Erkin Sahi­noz. 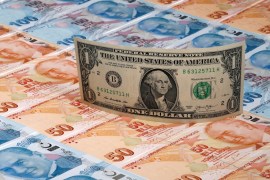