Bahia al-Mardini is a human rights campaigner and the founder of Syrian House, an organisation dedicated to helping Syrians in the UK access informati... on and support. Bahia specialises in human rights and democracy in the Middle East and has had many articles, short stories and poems published across the region. She was an information media consultant in the National Coalition for Syrian Revolutionary and Opposition Forces, and was the director of the media office of the opposition delegation in the peace negotiations in Geneva 2012.

Real vic­to­ry will be de­clared when Syr­ia is a sov­er­eign state, with democ­ra­cy and hu­man rights at its core. 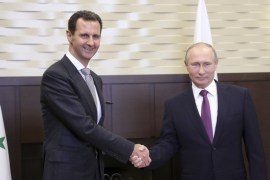