Arto Vaun is a poet, musician, and academic currently based in Yerevan. He's the director of the Center for Creative Writing at the American Universit... y of Armenia where he's been teaching since 2014. Vaun is the author of Capillarity and his poetry and essays have appeared in various magazines and anthologies. He has released two albums, appeared on the BBC, and is founding editor of Locomotive. 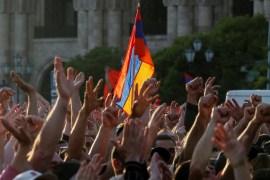