A massive pipeline linking one of the most remote parts of Russia with a far-flung region of China has begun delivering gas.

The so-called “Power of Siberia” pipeline was officially launched by Russian President Vladimir Putin and his Chinese counterpart, Xi Jinping via a joint video conference on Monday, as the COP25 climate summit kicked off in the Spanish capital, Madrid.

The two leaders hailed the project as a sign of deepening cooperation between the two countries.

“Other than for heating, natural gas can be used to generate power,” Fuqiang Yang, an energy analyst, said. “It’s much better than oil and coal. It has much less pollution and fewer emission of CO2”. 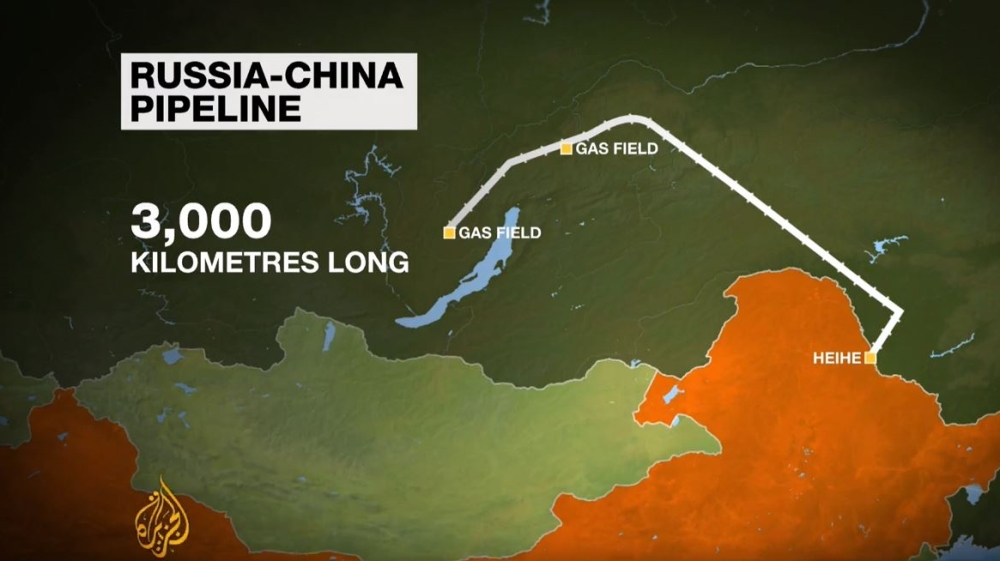 Al Jazeera’s Andrew Thomas, reporting from Heihe in northern China, said that besides economics the project is also about politics.

“Russia was keen [to set up the pipeline] because it is facing resistance to its plans to export more gas to Europe,” he said. “Some European countries and the United States have tried to block development of a new pipeline to Germany. They think it will leave Europe too dependent on Russian gas, so Russia wants to shore up its strategic ally to the East.”

For China, the deal also means less reliance on Liquified Natural Gas shipments from the US and Middle Eastern countries potentially influenced by US policy.

Many of those living along China’s border with Siberia still use coal for cooking and heating their homes.

With little industry and few jobs in the area, residents have been hopeful about another large infrastructure project, due to open next year.

The bridge over the Amur River will connect Blagoveshchensk in Russia and Heihe. It is the first road bridge between the two countries and will also include a railway.