Tripoli, Lebanon – A major energy summit is being held in Lebanon, where politicians and business leaders are discussing how to kick-start the oil industry.

Huge reserves of gas and oil lie beneath Lebanese waters in the eastern Mediterranean, but years of war and political problems have prevented efforts to tap those resources.

“With these oil reserves we could profit up to $3bn a year. As for the gas resource, all we need to do is filter it and the revenue would be enormous,” said Mohammad Badawi, an oil and gas expert.

“I estimate the profit alone could be equal to all of Lebanon’s current national budget.”

Other players who could benefit from extracting the natural resources are Israel, Cyprus and the Palestinian Gaza Strip.

A US Geological Survey study estimates a potential of 1.7 billion barrels of oil and 3.45 trillion cubic metres of natural gas in the area.

So far Israel has been the most successful in exploring the area as it discovered its two largest fields in 2009 and 2010.

“Israel discovered this oil and gas at the same time and now they have started selling this gas since four years now,” said Sami Nader, an economic analyst.

“Lebanon has not yet started, and if they finally decide to start they will need up to four years to get the first drop of gas to the market.”

The Egyptian, Turkish and Israeli governments have already signed import and export deals with each other. 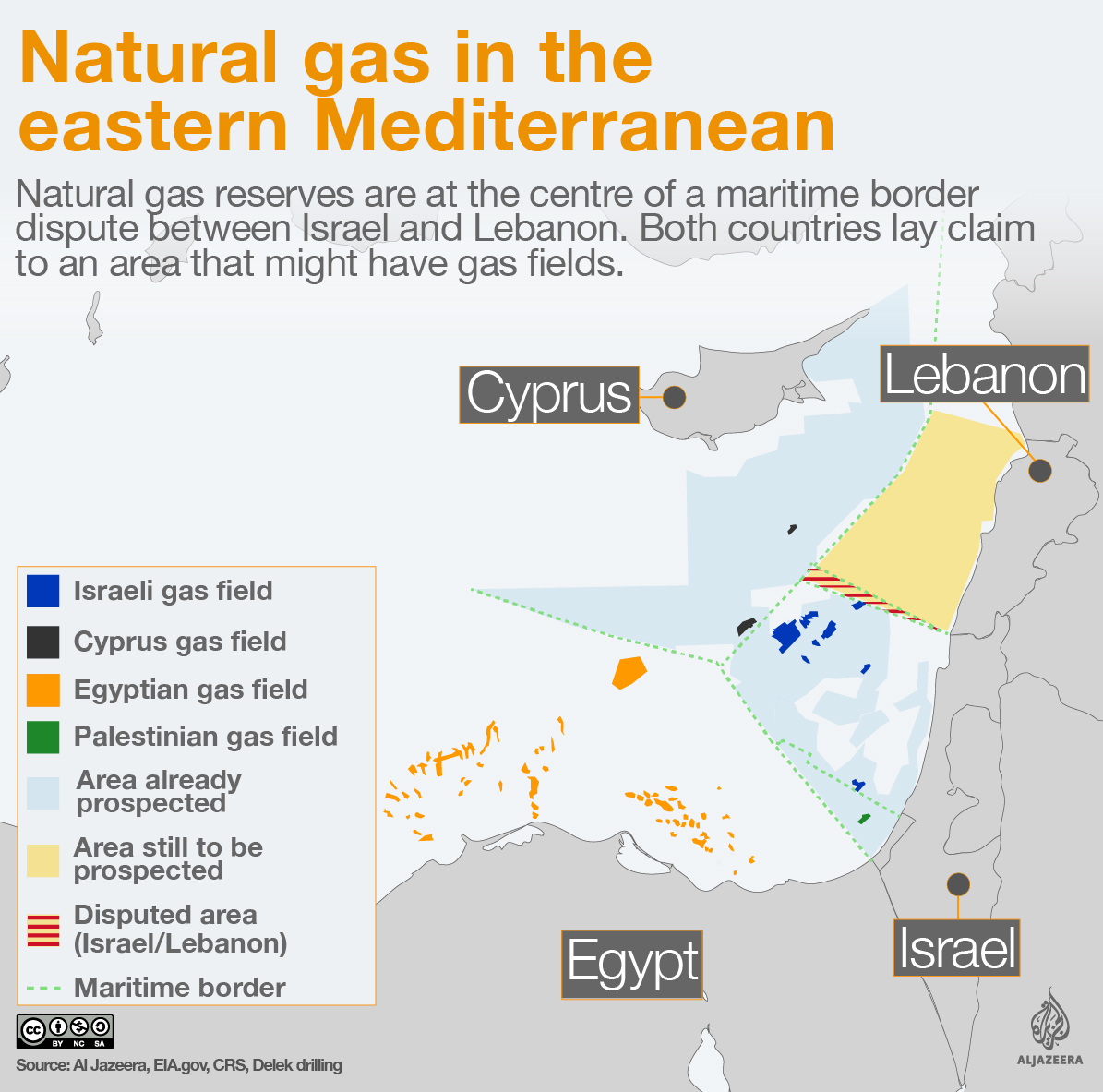