Japan’s tennis player Naomi Osaka could be thrown out of the French Open if she continues to boycott post-match news conferences at the tournament, the board of Grand Slam tennis tournaments said.

Osaka, who was fined $15,000 for skipping the news conference after her first-round victory at Roland Garros, could also face suspension from other Grand Slam tournaments, it added.

Earlier this week, the four-time Grand Slam champion said she would not face the press during the French Open, citing mental health reasons.

“I’ve often felt that people have no regard for athletes mental health and this rings very true whenever I see a press conference or partake in one,” she said in a statement posted on Twitter on Wednesday.

Osaka said players who attend the media talks are asked questions they have “answered multiple times or asked questions that bring doubts in their minds … I’m just not going to subject myself to people who doubt me”.

A statement on Sunday from the four Grand Slam tournaments said: “We have advised Naomi Osaka that should she continue to ignore her media obligations during the tournament, she would be exposing herself to possible further Code of Conduct infringement consequences.”

“As might be expected, repeat violations attract tougher sanctions including default from the tournament.”

Osaka beat Romania’s Patricia Maria Tig 6-4, 7-6 to move into the second round of the French Open where she will meet another Romanian in Ana Bogdan.

She has never been past the third round at Roland Garros and skipped the clay-court major last year shortly after winning the US Open.

The board of the four Grand Slams added that French Open organisers had asked Osaka to reconsider her position and tried unsuccessfully to speak with her to resolve the matter.

“The Australian Open, Roland-Garros, Wimbledon and the US Open jointly wrote to her to check on her well-being and offer support, underline their commitment to all athletes’ well-being and suggest dialog,” the statement read. 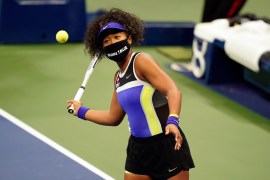 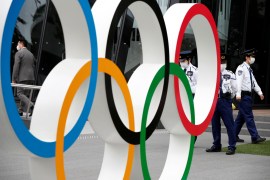 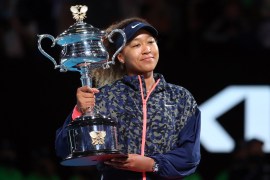 Japan’s Naomi Osaka claims victory over the 22nd-seeded Jennifer Brady, winning her fourth major crown at the age of 23.