Serena Williams broke down and cut short her post-match news conference after her 6-3, 6-4 defeat to Naomi Osaka in the Australian Open semi-finals that ended her bid for a record-equalling 24th Grand Slam.

Williams won her last major title in 2017 at Melbourne Park before taking a break from the sport to give birth to daughter Alexis Olympia, and has lost four major finals since returning in 2018.

The 39-year-old, who is one Grand Slam title short of Margaret Court’s record, walked off Rod Laver Arena to a standing ovation on Thursday, pausing for a moment to put her hand on her heart and wave to the crowd.

When asked by reporters if her exit from the court was a final farewell to Melbourne Park, she said with a smile: “If I ever say farewell, I wouldn’t tell anyone.”

But the smile soon faded, and a question about whether her defeat to Osaka was just a “bad day at the office” saw her take a sip of water before choking up.

Serena crying 💔after the media keeps asking her about retirement pic.twitter.com/htjHEL5yoG

Williams had looked her sharpest in years at the tournament, but 24 unforced errors cost her against Osaka, who also beat her in the 2018 US Open final.

Seven-time Grand Slam champion Mats Wilander said Williams’s tears were due to her disappointment at the way she played and not a sign that she was making her last appearance at Melbourne Park.

“No [it’s not the end for Serena]. I think we see those tears because I think she was disappointed in the way she played,” said Wilander, a three-time winner at Melbourne Park.

“For her this is a bigger loss, because she is moving better, she is playing better and she is still not really close to Osaka and I feel that’s where the emotions start. She’s probably thinking, ‘What do I need to do now?'”

“I can empathise with Serena and what she’s going through,” he said. “She’s such an amazing champion that inspires both male and female athletes around the world in what she has been doing, I mean, still is doing in her age, is extraordinary.” 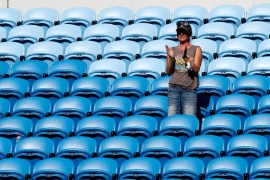 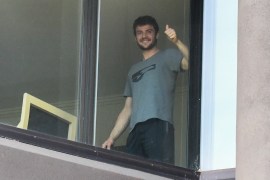