Former West Indies cricketer Michael Holding has slammed the England and Wales Cricket Board (ECB) after its decision to cancel a tour in Pakistan, saying it showed “Western arrogance”.

Last month, the ECB cancelled its men’s and women’s white-ball tours of Pakistan due to concerns over “mental and physical wellbeing”. The decision came three days after New Zealand abandoned its tour just minutes before the start of the opening match citing a security threat.

“The ECB statement doesn’t wash with me. No substance,” Holding, who played 60 Tests and 102 One Day Internationals in his glittering career, said on Wednesday.

“Nobody wants to come forward and face up to anything because they know what they did was wrong. So they put out a statement and hid behind a statement. It just reminds me of the rubbish they did with Black Lives Matter.

“What that signal sends to me, is the same Western arrogance. I will treat you how I feel like treating you, it doesn’t matter what you think, I’ll just do what I want.”

It would have been the first tour of Pakistan by an England women’s team in its history and the first by their male counterparts since 2005.

“Pakistan went to England before vaccines were available for six or seven weeks,” said Holding, a respected television commentator since his retirement from the game in 1987 and author of Why We Kneel, How We Rise, a sober account of racial discrimination.

“They stayed, they played their cricket, they honoured what England wanted them to honour, to save England’s butt, to put it mildly. Four days in Pakistan? I’m absolutely sure they would not have done that to India, because India is rich and powerful.”

Pakistan Cricket Board’s (PCB) new chairman, Ramiz Raja, lashed out at the “Western bloc” who he said “used and binned” his country.

He also warned that the move could risk creating a divide in international cricket.

PCB remains confident in its security arrangements and believes the country is safe to host international cricket.

While New Zealand did not provide details of the security threat, Pakistan accused an unnamed individual in India of sending threatening emails, including one directed to the wife of Martin Guptill in which the cricketer received a death threat. 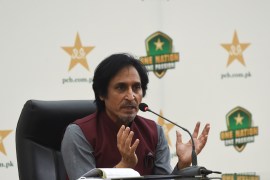 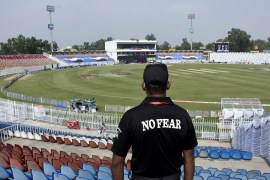 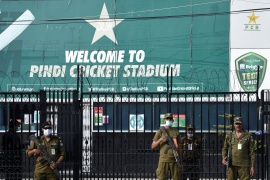