Two moments of magic from Mohamed Salah have ensured Liverpool remain the only unbeaten side left in the Premier League this season after an enthralling 2-2 draw with Manchester City on Sunday.

For 45 minutes, City’s collective brilliance threatened to blow the Reds away and inflict a first league defeat at Anfield in front of supporters since 2017.

However, for all the beautiful football put together by Pep Guardiola’s array of creative midfielders, the English champions cannot call on a clinical finisher in the same league as Salah.

The Egyptian showed the other side to his game in creating Liverpool’s opening goal for Sadio Mane with a perfectly weighted pass after skipping beyond Joao Cancelo.

But it was his finish for his side’s second that will live long in the memory.

Cancelo was this time one of four City defenders left trailing as Salah shrugged off the attentions of Phil Foden and Bernardo Silva before turning Aymeric Laporte and firing high past Ederson on his weaker right foot.

“Only the best players in the world score goals like this,” said Liverpool manager Jurgen Klopp. “Absolutely exceptional. Because this club never forgets anything, people will still talk about this goal in 50 to 60 years when they remember this game.”

Can’t believe I was there to witness that goal. Mo Salah, one of the prems greatest pic.twitter.com/1rOxCeoybH

Salah has now scored in seven consecutive games and has nine in as many matches this season, evoking memories of his sensational 44-goal debut season at Anfield in 2017-18.

“Right now he is as sharp and as good as I’ve seen him,” former Liverpool defender Jamie Carragher told Sky Sports. “I don’t see anyone playing better in the world at this moment in time. His record and his start to this season has been absolutely outstanding.”

Surely I can't be the only one singing the Mo Salah song since they got up this morning.. pic.twitter.com/llSnherWVy

Even Guardiola was full of praise for the 29-year-old player, and went on to describe him as “the best winger the [Premier] league has ever seen”.

🗣 Pep Guardiola on Mo Salah’s goal “I’ve never seen anything like it. He has to be the best winger the league has ever seen and the best player in the world at the moment. No one is doing it like him.”#LIVMCI #Pep #MoSalah #PL pic.twitter.com/O8ffuog264

Take just 40 seconds out of your day to appreciate the brilliance of Mohamed Salah 🤩pic.twitter.com/QB4vOvTcso

The goal was appreciated from across the world by none other than NBA player LeBron James.

The result leaves the Premier League title race tantalisingly poised, with Liverpool a point behind leaders Chelsea, and City in third place, two points off the top alongside a clutch of other clubs.

Salah’s current deal is set to expire in 2023 and the 29-year-old knows his worth to Klopp’s men as negotiations over a new deal have dragged on.

Liverpool will have to splash out to get Salah to extend his stay, but on this form he is worth it as the man who could win them the league.

Once again #MoSalah is the most underrated foreign player in the history of #PremierLeague..this guy no matter what he does still not getting the credit he deserves

IMO If he was British or European he would have been more appreciated, sorry but that’s the truth 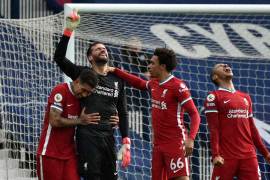 Textbook header from a corner was one of the most sensational moments of this or any Premier League season. 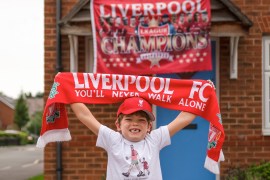 How Liverpool FC became a symbol of defiance for its city and grew into one of the most popular teams on earth. 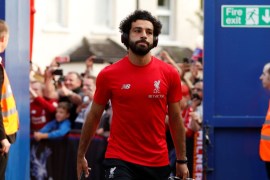 Footballer, who tested positive for COVID in November, maintains deep connections with village where he grew up.