The Indian Premier League (IPL) is set to become a 10-team affair from 2022 after the Indian cricket board approves a proposal to add two more franchises to the world’s richest Twenty20 competition.

The eight-team league, with an estimated brand value of $6.8bn, drew record television and digital viewership this year despite being staged in the United Arab Emirates following the COVID-19 surge in India.

“We have received an in-principle approval to add two more teams after talking to all the stakeholders,” Board of Control for Cricket in India (BCCI) Treasurer Arun Singh Dhumal told Reuters news agency after their meeting in Ahmedabad city.

“Now, the issue will be discussed in the IPL Governing Council – how and when to add the teams.”

The 14th IPL is scheduled to start in March and the tournament would need one year to address tricky issues around logistics, media rights and planning for the new outfits, cricket officials were quoted as saying.

Local media has reported in the past that Indian conglomerates Adani Group and RP-Sanjiv Goenka Group, which owned the now-defunct Pune franchise for two IPL seasons, have shown interest in buying new teams.

The board also discussed the possible inclusion of cricket in the 2028 Los Angeles Olympics, something the game’s governing International Cricket Council (ICC) is very eager for, but did not specify its stance.

“That still needs to be discussed. We need some more clarity on this issue [from ICC],” Dhumal said.

Another vexing issue that came up at the meeting was securing tax exemptions, as demanded by the ICC from host nations, for the 2021 Twenty20 World Cup and the 50-over World Cup in 2023.

“We will have to talk to the government and secure the exemption,” said Dhumal.

A bigger tournament would almost certainly mean a longer stay in India for the top players from around the world who earn huge salaries.

The IPL this year claimed television audiences of more than 200 million for some matches but the Brand Finance consultancy said the event’s business value fell 22 percent to $4.4bn this year because of the pandemic’s impact on revenues.

“The IPL has firmly made its mark on the cricketing world and resonated far beyond the already huge Indian cricket fan base,” said the consultancy’s report.

“When the European soccer leagues were limping back with caution, IPL took the leap of faith by going ahead with the 2020 tournament and pulled it off with negligible controversy.” 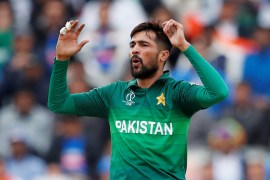 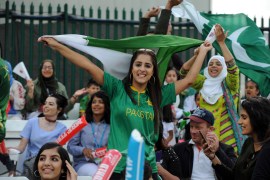 Pakistan Cricket Board gets its first female director

Alia Zafar, a human resources executive, has been named as one of the four independent directors on the cricket board. 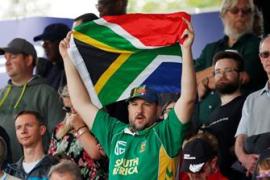 South Africa will play two Tests and three Twenty20s in first visit since 2007. 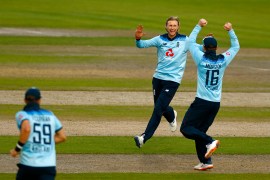 Cricket: England to play in Pakistan for first time since 2005

England will play two Twenty20 internationals in Karachi in October next year, the country’s cricket board says.