Al Jazeera has revealed the exact location of the headquarters of beoutQ, the Saudi piracy channel, that has been stealing the signals of Qatar‘s beIN Sports.

On Sunday, the Arabic investigative programme, What lies beneath, aired an episode that showed how two Saudi service providers, Selevision and Shammas, were involved in operations carried out by beoutQ.

BeIN Media Group, which holds exclusive rights to broadcast major international sports events to the MENA region, has fallen victim of beoutQ, which has been stealing its signal by broadcasting it as its own, complete with superimposed on-air logos.

The investigation revealed that beoutQ is based out of the headquarters of a media company in the al-Qirawan district of the Saudi capital, Riyadh.

Saudi Arabia has previously denied claims that beoutQ is based in the kingdom.

The 10-channel piracy entity began broadcasting on the Arabsat satellite operator after a diplomatic dispute prompted Saudi Arabia, the United Arab Emirates (UAE), Bahrain and Egypt to impose a land, sea, and air blockade against Qatar in the summer of 2017.

Shortly after the blockade was enforced, all of the beIN Sports channels were banned in the blockading nations, and their equipment was confiscated in Saudi Arabia. This coincided with the Saudi authorities promoting the launch of a new sports media group.

The Al Jazeera programme was able to obtain documents that proved that financial transactions between the Saudi companies and the management of Arabsat took place.

The documents also revealed that an alternative location for the piracy operations was being discussed in an unnamed North African country after Saudi Arabia came under increasing pressure to cease broadcasting of the pirated beIN signal.

The programme showed a leaked video from inside the secret headquarters of beoutQ, which also revealed details about the people associated with it. The video showed the equipment, transmitters and receivers used in the acts of piracy.

The footage also included images of the main control room and servers that regulate and distribute beoutQ’s stolen content from the beIN Sports channel.

Qatar’s public prosecution has accused three employees of the beIN Media Group of communicating with Saudi Arabia and Egypt for the purpose of harming the interests of the sports network.

In an interview with Al Jazeera’s programme, the Qatari public prosecutor said that one of the three defendants had travelled to Saudi Arabia after the blockade was enforced.

The defendant, who entered the kingdom without a visa stamp on his passport, met Saudi intelligence officer Maher Mutreb and shared classified and sensitive information to the Egyptian intelligence.

Mutreb is a Saudi intelligence officer who worked for a senior adviser to Saudi Crown Prince Mohammed bin Salman (MBS). According to a report from the United Nations special rapporteur on extrajudicial executions, Mutreb was closely involved in the killing of Saudi journalist Jamal Khashoggi in the country’s consulate in Istanbul on October 2.

The investigation proved that the piracy operation was not the product of ordinary hackers, as Saudi Arabia has long claimed, but was part of an integrated system with official Saudi cover and financial support. 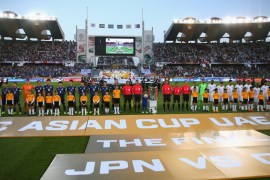 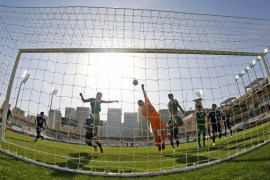 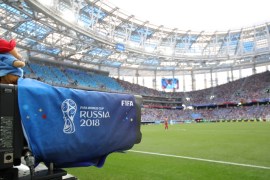 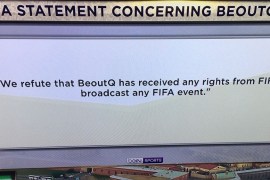 FIFA mulls legal action against BeoutQ pirate and its enablers