Doha, Qatar – The government of Qatar has vowed to treat labour reforms as “a journey and not an end in itself” in response to an Amnesty International report that warned the country it was “running out of time” to stamp out labour abuse.

“From the outset, we have said that we understood labour reform would be a journey and not an end in itself,” said a statement released by the Qatari government on Wednesday.

Amnesty, in its report published earlier this week, said migrant workers continued to be “vulnerable to serious abuses including forced labour and restrictions on freedom of movement”.

“Time is running out if the Qatari authorities want to deliver a legacy we can all cheer, namely a labour system that ends the abuse and misery inflicted upon so many migrant workers every day,” said Amnesty’s Stephen Cockburn.

Qatar and its labour laws have been under the spotlight ever since it was named the host of the 2022 FIFA World Cup. And while Amnesty acknowledged Qatar had undertaken a reform process, it added that work still needed to be done.

Qatar, a gas-rich peninsula in the Gulf, has said that it was committed to labour reforms, adding that “lasting changes” take time.

“Far from seeing time as running out, the Government of the State of Qatar understands further change is needed and we remain committed to developing these changes as quickly as possible, while ensuring they are effective and appropriate for our labour market conditions,” the statement further said.

“Practical, efficient and lasting change takes time and that is what we have committed to.”

The statement also added that the government “penalised or banned” almost 12,000 companies in the country for violating its labour laws.

Last year, Qatar amended its residency law to allow most migrant workers to leave the country without an exit visa, a move that was termed a “huge step” by the International Organization for Labour (ILO).

According to the head of the ILO Project Office in Qatar, Houtan Homayounpour, great progress has been made with regards to labour reforms in the country but the work is far from finished.

“There are remaining milestones to be achieved, such as the removal of the exit visa for domestic workers, a non-discriminatory permanent minimum wage, the removal of the NOC requirement, to name a few,” Homayounpour told Al Jazeera.

“These are in line with the agreed priorities with the government as a work plan for 2019.”

Although the Amnesty report focuses on conditions of the nearly two million migrant workers in Qatar, not just the 30,000 on direct World Cup projects, Amnesty said FIFA had an “ongoing responsibility” to prevent abuse.

In late 2017, a number of contractors working for Qatar 2022 launched an initiative to partially reimburse workers, assigned to some World Cup projects, recruitment fee they had been unlawfully charged in the country of origin.

Hassan al-Thawadi, secretary-general of the World Cup 2022 organising committee, said it was the organisation’s belief that “this World Cup can be a catalyst for change, both in Qatar and in other parts of the world”.

“Unethical recruitment is a global issue and an area many countries struggle to manage. All too often, the very people who have left their home to provide for their families are the ones exploited,” said al-Thawadi. 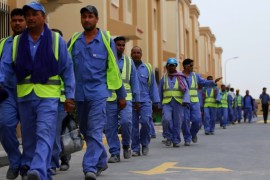 Majority of migrant workers in the country will no longer need permission from the employer to leave the country. 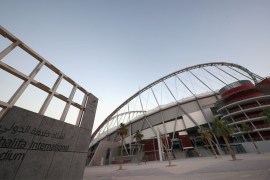