The race was marred when the Aidan O’Brien-trained The Cliffsofmoher broke down at the winning post the first time around, breaking its right shoulder. The horse was euthanised after the race at Flemington.

The Cliffsofmoher was an Irish horse ridden by English jockey Ryan Moore.

“It is with sadness that we confirm that The Cliffsofmoher had to be humanely euthanised after sustaining a fractured right shoulder,” racetrack executive general manager Jamie Stier said. “The horse received immediate veterinary care, however, it was unable to be saved due to the nature of the injury sustained.”

The RSPCA in Australia later tweeted that the horse was the sixth to die in the Melbourne Cup since 2013, and “highlights the very real risks to horses from racing.”

Cross Counter, a four-year-old bay gelding trained by Charlie Appleby and based at Newmarket, England, was quoted early at 10 to 1. It was only Cross Counter’s eighth start, but he had missed a top-two finish only once.

Marmelo was second and A Prince of Arran two lengths behind in third.

The winner stormed down from the outside in the final several hundred meters for a length victory. Cross Counter was third-last on the first turn.

“We were lucky to get through, said McEvoy, who won the Melbourne Cup for the third time. “What a field to do it in. They (Godolphin) have been striving to win this race for a long time.”

“Charlie and myself used to travel to Doncaster and Chester and all of the tracks up north in England, back when I was over there riding, and all of those miles meant this, winning the Melbourne Cup.”

During the trophy presentation, rain which had affected the lead-up to the race again started to fall at Flemington.

“I’m getting wet here but I don’t give a stuff because I’m enjoying winning my third Melbourne Cup,” McEvoy said.

Appleby said the Melbourne Cup had been on his “bucket list for a long time”.

The forecasted rain arrived early on the day of the Cup, with more than 50 millimetres falling in the hours leading up to the race.

Another Aidan O’Brien horse, Yucatan, had gone off as an early favorite but finished 11th.

Magic Circle, a stayer which had won its last two starts by a combined margin of 12 lengths, was well-backed at 9-1 but finished 16th in the 24-horse field. 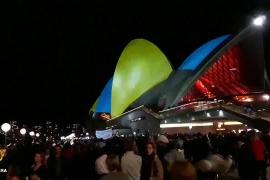 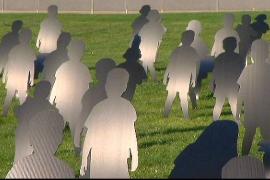 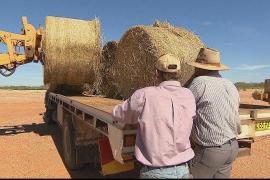 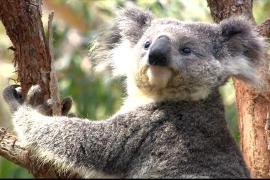 A new study says that the country’s east coast is likely to lose three million hectares of trees in the next 15 years.