Former British football coach Barry Bennell is facing sentence at a UK court on 50 offences of sexual abuse against 12 victims, aged between 8 -15 in the years 1979 and 1990.

In closing statements at Liverpool crown court in England, the prosecution said Bennell – who has been jailed three times before over sexual abuse – was a “child molester on an industrial scale”.

The development comes as an Al Jazeera Investigation into the background of a trial has been told that a former premiership footballer, who killed himself at the  age of 42, was also almost certainly a child victim of the talent-spotting coach.

Gary Speed, whose 2011 death sent shockwaves across Britain‘s sports world, was described by Barry Bennell as a “special” child, a euphemism the now 64-year-old used for the boys he groomed, victims have said.

They also spoke of their own experiences of feeling compelled to accept Bennell’s invites to stay at his house, because of their ambitions to succeed in football, where they were assaulted and intimidated into remaining silent over the abuse they suffered and witnessed.

Regarding Speed, a victim who wished to remain anonymous told Al Jazeera that he was “99.9 percent” certain the footballing legend was sexually abused as a child.

“I was there. I was a witness … On a few occasions, Gary was in the same bed. Barry would abuse one of us then turn over and then abuse the other,” said the victim.

“I‘d seen a pattern emerging with Barry with other young people. If you ask me, I would tell you that Gary will have suffered abuse at the hands of Barry.”

The second victim added that he “assumed there would be a link to the abuse in [Speed’s] teenage years to his suicide.

“There might have been other factors involved … we’ll never know. But I think that will have had some part to play. I really do.”

Bennell has always denied abusing Speed, the father of two sons who had played for clubs including Leeds United and Everton.

Meanwhile, Speed’s family have rejected the possibility that their late relative was abused.

But Roger Speed, Gary’s father, has said publicly that life would be easier if they knew why his son killed himself.

The lives of at least four men Bennell trained as children, including Speed, have been cut short.

In 2016, Mark Owens told police Bennell abused him as a child. He died in his fifties following long-term problems with alcohol.

Steven Prince died from a drug overdose in 1991, aged 20. His former teammates at the Crewe Alexandra youth team, which was trained by Bennell, said the coach accused him of stealing money – a tactic against boys who tried to escape his advances.

At 36 years old, Mark Hazeldine took his own life after suffering from drug and alcohol abuse, more than 20 years after he was trained by Bennell.

His mother, Margaret, said she holds not only Bennell, but “these people in the clubs” responsible.

“I am so angry at them for letting that go on,” she told Al Jazeera through tears.

Bennell was jailed in 1994 for four years in the US after being charged with raping a 13-year-old in Florida, where he took young British amateur teams.

He was then imprisoned nine years in England in 1998 for abusing six young people charges of sexual assault. In 2015, he was jailed again for abuse, against David Lean.

“I have pretty much lived with this every single day at the forefront of my mind,” Lean, who was abused at age 12, told Al Jazeera.

“How can you possibly put the care and welfare of children to one side for bringing a possible star into the game,” he said, referring to the alleged complicity of large football clubs. “That’s just then purely about greed and money.”

In an example of Bennell’s brazen confidence and of the free rein he enjoyed from such clubs, one victim claimed he was sexually assaulted in broad daylight on the Manchester City football pitch.

In a statement sent to Al Jazeera, a Manchester City spokeperson offered sympathy to victims but would not comment until after the end of the trial and their own internal inquiry on Bennell’s links to the club being led by a Queen’s Counsel (a title given to a prominent lawyer in Britain).

Commenting on investigations by the Football Association into the sexual abuse of children, Dino Nocivelli, a lawyer for the victims, told Al Jazeera: “My concern is that this is just going to be a smokescreen. It‘s not going to result in actually anything which is worthwhile.

“And the question that still remains [is] – how are they going to sanction themselves potentially for their own failings?” 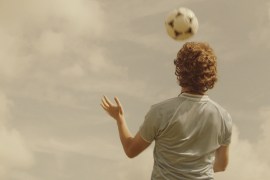 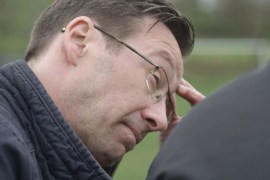 While speaking out has become easier, authorities are still not doing enough to prevent further crime, says a survivor.