A Qatar-based sports and entertainment broadcaster has called on authorities in Saudi Arabia to close a pirate channel that is airing its content illegally.

BeIN Media Group said in a statement on Thursday that Saudi’s “beout Q” uses its platforms to broadcast beIN Sports’ proprietary content in the kingdom.

The group said it had notified authorities of what it terms unlawful action and demanded an immediate investigation.

“We are pursuing all available legal options to ensure our and our rights holders’ intellectual property rights are respected,” he added.

“We are committed to providing all of our customers with the highest quality access to the latest and greatest global sporting events.”

It was unclear whether Saudi authorities had responded to the media organisation’s requests. Al Jazeera could not reach any Saudi official for comment

Gulf Times, a Doha-based newspaper, reported on Thursday that “the sports and entertainment network has joined forces with some of the world’s biggest rights holders, including UEFA and La Liga, as well as an anti-piracy body, the Audio visual Anti-Piracy Alliance (AAPA), to call for ‘beout Q’ to cease all of its operations immediately”.

It is still unclear who is behind the website and whether it can provide the services it promises or not.

A beIN official in Qatar’s capital, Doha, told Al Jazeera on condition of anonymity because he is not authorised to speak to the media, that efforts are under way to identify and hold those responsible accountable.

On June 5, Saudi Arabia, the United Arab Emirates (UAE), Bahrain and Egypt severed their diplomatic and economic ties with Qatar and imposed a land, air and sea blockade against it.

The move prompted broadcast carriers in the UAE and Saudi Arabia to block beIN broadcasts in their countries.

On July 22, however, UAE carriers Etisalat and Du restored their broadcast and contractual relationship with beIN before the start of sports tournaments in some European countries. 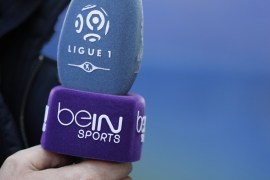 Providers and subscribers report reinstatement of BeIN channels in the UAE a month after authorities banned it. 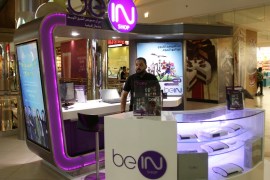 Contract means the UEFA matches will be available exclusively on beIN SPORTS for the next four years.