Against a backdrop of political hostility and frosty relations at government level, Pakistan and India are set to face off in an eagerly awaited cricket match after a gap of almost 14 months.

Sunday’s One-Day International (ODI) in England, part of the 2017 Champions Trophy tournament, will come a day after clashes along the Line of Control (LoC), the de factor border in the Kashmir valley, claimed the lives of five Indian soldiers, according to the Pakistan army.

Pakistan and India have fought three wars since gaining independence from British rule in 1947. Two of those have been over Kashmir, a region both sides claim in its entirety.

On the cricket field, the two sides have played a total of 194 matches. But matches have been limited following the 2008 Mumbai attack, which India says was orchestrated from inside Pakistan.

Pakistan and India last met on a cricket pitch in March 2016. But the Pakistani team has not toured India for a bilateral series since January 2013 and has not hosted the Indian team for a series since 2006.

Relations at the government level are dented, as the nations remain divided by history. Records and memories are created each time the teams meet on a cricket field. They add yet another chapter to the nations’ shared history, one that is scripted by a white ball.

There are frequent exchanges of fire across the LoC. India accuses Pakistan of backing separatist fighters in the Himalayan region, a charge Pakistan denies

Pakistani flags are often witnessed on the streets of Kashmir, mostly as a taunting tool against Indian soldiers.

But during a Pakistan-India cricket match, the majority of Kashmiris root for Pakistan, mostly to taunt India, said 25-year-old Srinagar resident Rehana Butt.

“I will definitely be supporting Pakistan. I’m not a huge cricket fan but my whole family supports Pakistan in a cricket match and that’s how I’ve been brought up,” Butt told Al Jazeera.

“It’s mostly to taunt India. Back in the day, the streets used to be deserted when India would take on Pakistan. It used to be a curfew-like situation. That’s toned down a bit now. But we still see shopkeepers bring out big TVs for passersby to watch the game.”

Celebrations by the security forces are often witnessed in the event of an Indian win, Butt added.

Sunday’s ODI renews the on-field rivalry between two of the great cricket nations, but a former Pakistan captain told Al Jazeera that the fixture has lost its charm and intensity.

“There’s been a slight dip, definitely. The intensity of the fixture is no longer there, and the teams are not evenly matched either,” former Pakistan captain Aamir Sohail, who was part of the 1992 World Cup-winning side, said.

“It’s a worrying sign. People are losing interest. If a fixture as big as Pakistan-India is losing its charm, the authorities need to look into this.

“Performance in a Pakistan-India game used to be a benchmark for greatness. It’s a pressure situation. A true performer waits for these occasions and performs. That’s what these matches were about.”

For the fans of the cricket-mad neighbouring countries, the result is a matter of national pride as well as boasting rights.

“Don’t win the Champions Trophy, but just beat Pakistan and we will give you a grand welcome back home,” Indian fan Aman Sood told AFP news agency.

Indian captain Virat Kohli called it “just another game”, but former India opener Chetan Chauhan said that was just to avoid putting pressure on his players.

“It’s the rivalry between the two countries that gets people excited. It is a highly charged match.”

The appeal of a Pakistan-India match is so large that the International Cricket Council admitted to habitually fixing draws of major tournaments in order to get both sides in the same group.

This is the fifth tournament in a row where India and Pakistan will meet in the group stage. The commercial revenue and TV audience of up to a billion were too difficult for the governing body to overlook.

But despite the political tangling, an India-Pakistan clash on the pitch delivers, without fail, excitement, anticipation and plenty of nerves, even before the flip of the coin.

“It’s a game of nerves without a doubt, you can’t even sleep for several nights before an India-Pakistan game,” Pakistan fast bowler Wahab Riaz had told Al Jazeera prior to a 2014 clash.

“The pressure is immense, more than a normal game. You want to do well in every match you play but against India, you strive extra hard to achieve all that,” he said, hoping those meetings on the cricket field are replicated by politicians. 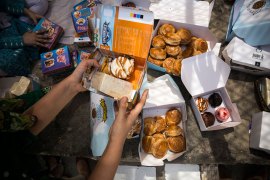 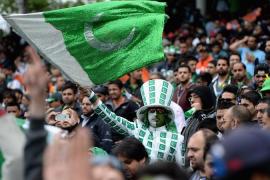 Arch-rivals to meet in the 2014 World Twenty20 but can this marquee cricket clash be regarded as ‘just another match’?