Hungary’s capital Budapest has edged closer to a possible withdrawal of its bid to host the 2024 Olympic Games, dealing a potential further blow to global organisers’ attempts to find a city to host the event following a number of other withdrawals.

Momentum, the opposition political movement, said on Friday it had collected more than 266,000 signatures on a petition against the bid, which its leader Andras Fekete-Gyor indicated would be enough to trigger a referendum.

Budapest Mayor Istvan Tarlos said earlier on Friday that, if a referendum was called, he would “seriously consider” a proposal to withdraw the bid.

WATCH: Are the Olympics still relevant?

The city is competing against Paris and Los Angeles to host the Games, an event whose costs have risen sharply over the past 20 years.

If it did pull out, it would join Hamburg, Rome and Boston among candidate cities that later abandoned bids.

Spokesmen for the bid organisers declined immediate comment, but the ruling Fidesz party of Viktor Orban, Hungary‘s prime minister, appeared to distance itself from the bid.

Lajos Kosa, a senior Fidesz legislator, said the issue was not discussed at a party meeting and the bid was in the hands of Budapest.

Momentum, launched by a group of students born around 1989 when the country’s Communist regime collapsed, has collected the signatures over a month-long campaign.

The Budapest Election Office will now rule whether a sufficient number of valid signatures – in broad terms, amounting to 10 percent of Budapest’s around 1.4 million voters – has been collected to call a referendum.

The International Olympic Committee is due to announce the 2024 host city in September.

If Budapest won, Hungary would become the first Eastern European country to welcome the Summer Games in the post-Communist era.

The government and the city’s authorities have both supported the bid vocally, but plebiscites are usually risky for Olympic hopefuls. 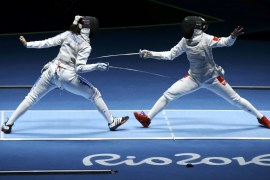