Geneva – Qatar’s attorney-general has refuted new allegations of corruption against the Gulf country over its award of the 2022 World Football Cup.

“This is just the latest in a series of attacks against Qatar and its leaders that we strongly reject,” said Marri during a press conference at the United Nations Office in Geneva on Friday.

Qatar has been blockaded by four nations – Saudi Arabia, United Arab Emirates, Bahrain, and Egypt – since June 5 that accused Doha of supporting extremism and cozying up to regional rival Iran. Qatar has denied the allegations.

A French news website recently reported the FBI in the United States and Brazilian prosecutors were investigating an alleged transfer of $22m from the Gulf state to the former chairman of Brasil’s Football Federation, days after Qatar was awarded the tournament.

The investigation into alleged bribery of FIFA officials started in 2015 and is still ongoing.

“I am not aware of this investigation by the FBI. As far as we are concerned, the FIFA case is closed,” said Marri.

Speaking to Al Jazeera, Marri said he had a mandate from the Qatari leadership to fully cooperate with foreign investigators.

“Qatar is a state of law,” said the attorney-general. “On our side, we remain fully cooperative with international authorities who may wish to approach us to discuss these cases. However, we haven’t received any requests for cooperation so far.”

On November 27, the former president of Colombia’s soccer federation, Louis Bedoya,  testified in a court hearing in New York City that a sports marketing executive told him up to $15m in bribe money was available for South American officials from Qatar ahead of the FIFA executive committee vote for the 2022 World Cup.

Bedoya, also a former member of the FIFA executive committee, was testifying in the trial of three former South American football officials, with whom he said he discussed potential bribes during a conversation with an intermediary in Madrid in 2010.

In 2016, Bedoya pled guilty to corruption charges and was handed a lifetime ban from the FIFA Ethics Committee.

“We cannot pass a judgment [on Qatar] as court hearings in New York are still ongoing,” said Eduardo Vetere, vice president of the International Association of Anti-Corruption Authorities based in Vienna. “We have to wait [for] the conclusion of the trials.” 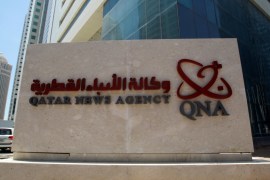