A 65-year-old Russian adventurer has broken the record for the fastest round-the-world flight in a hot air balloon, his crew said on Saturday.

Cold and exhausted, Fedor Konyukhov returned to Earth safely in the Australian outback after an 11-day journey that started on July 12.

The flight route took Konyukhov from Australia to above New Zealand, across the Pacific Ocean, South America, the Cape of Good Hope and the Southern Ocean.

He took a longer route than the previous record-breaker, the late American adventurer Steve Fossett, who in 2002 became the first person to fly solo around the world in a balloon, in a journey that lasted 13 days.

Konyukhov was confined to the lightweight gondola, hung with more than than 30 steel cylinders of propane gas to fuel the burners, for more than 34,820km.

He flew through a thunderstorm in the Antarctic Circle, where temperatures outside the gondola fell to -50C.

He also wrote about his progress on a website, describing moments like the strong polar jet stream that pushed him towards Antarctica as he approached Australia, saying it was “scary to be so down south and away from civilisation”.

READ MORE: Braving the cold to save the Arctic

“This place feels very lonely and remote. No land, no planes, no ships,” he said at the time.

Konyukhov, who has previously conquered both the North and South poles solo, and sailed a 27m-long boat round the world alone, was not motivated by breaking the record, Wallington said.

“He just thought it would be a really nice thing to do,” said Wallington. “Breaking a record is a nice bonus, but the objective was just to fly around the world.”

The Swiss-based World Air Sports Federation did not immediately respond to a request for confirmation of the new record. 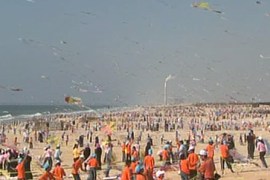 The initiative aims at restoring hope and normality to the children of Gaza. 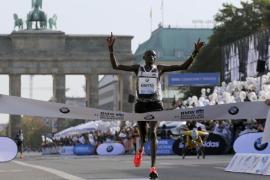