At least 20 people have been taken to hospital after English and Russian football fans clashed with each other and with French riot police in the French port city of Marseille.

AP news agency reported late on Saturday that Russian fans attacked their English rivals inside the stadium, straight after their countries’ opening match ended in a dramatic 1-1 draw.

After the final whistle of the match at the Stade Velodrome, Russian supporters were seen storming a section of the ground housing England fans, causing them to flee. Video footage and still images posted on social media also showed people running towards one side of the stadium in order to escape.

During the match, flares were also fired from a section seating Russian fans.

Violence had already broken out prior to the match, with some wielding cafe tables as weapons, in a third day of violence along the narrow streets leading off Marseille’s old port.

Police made at least six arrests on Saturday, adding to the nine from Friday, and those charged could face trial as early as Monday.

Al Jazeera footage of one incident shows a man smashing a chair against another man, who then fell off a concrete flight of steps.

Marseille’s emergency services said among those who were injured were one middle-aged man who was knocked unconscious, while one England supporter suffered a heart attack.

Some fans walked through the city bare-chested and with blood dripping from head wounds.

“Once again, as over the last 30 years, an international football competition has been the scene of clashes between violent people claiming to be supporters of their national team,” Bernard Cazeneuve, French interior minister, said in a statement.

“It’s been a long, hot day of violence here in Marseille,” he said. “There were very vicious and intense fights breaking out everywhere.”

With up to 90,000 fans expected to fill the city, authorities were working to keep some sort of control of the crowd.

“People engaging in such violent acts have no place in football,” a UEFA spokesman said.

The England-Russia game was one of five classified as “high-risk” for hooliganism by tournament organisers, and Marseille residents said the violence should have been expected.

“It’s the English, what do you expect? We know what it’s going to be like when they come here,” Laurent Ferrero, a pizzeria owner, told the AFP news agency. “In 1998 [when France hosted the football World Cup] it was the same thing.”

Meanwhile, in the city of Lyon, four French men aged between 20 and 24 were briefly detained following a drunken fight in a bar where England fans had been drinking, police said.

The month-long tournament, which kicked off on Friday, is expected to attract around 1.5 million tourists at 10 venues around France. 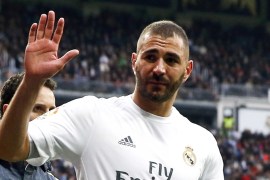 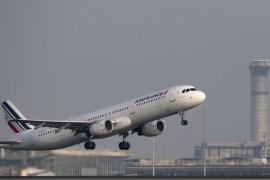 Start of the European football championships overshadowed by pilots’ strikes and security fears in the country.