Dutch football legend Johan Cruyff died on Thursday at age 68 in Barcelona, Spain, his foundation said in a statement.

The former Ajax, Barcelona and Holland star was diagnosed with lung cancer in late October.

“On March 24, 2016, Johan Cruyff died peacefully in Barcelona, surrounded by his family after a hard-fought battle with cancer,” the statement said.

“It’s with great sadness that we ask you to respect the family’s privacy during their time of grief.”

Last month Cruyff  made an upbeat statement, saying: “Right now, I have the feeling that I am 2-0 up in the first half of a match that has not finished yet. But I am sure that I will end up winning.”

Cruyff, a former smoker who had heart surgery in 1991, is rated among the all-time greats in football and won the European Footballer of the Year award three times.

Silverware as a player included three European Cups (1971-1973) and eight Dutch league titles with Ajax, a league title in his final season (1983-84) with Feyenoord, plus a Spanish title in 1974 with Barcelona.

He later also coached Barcelona to the 1992 Champions League trophy and four Spanish league titles between 1988 and 1996.

The 48 times capped playmaker led the Dutch team to the runners-up spot in the 1974 World Cup and to third place at Euro 1976. 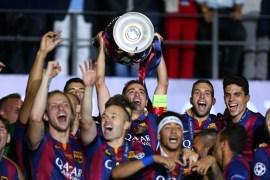 Barcelona beat Juventus to win their fifth Champions League title. We take a quick look at their past wins. 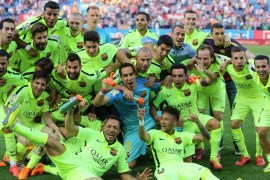