Pakistan’s Cricket Board (PCB) says its teams will not travel to India for the Twenty20 World Cup matches until their security and that of Pakistani fans is guaranteed by the Indian government.

The PCB’s statement on Wednesday came after the International Cricket Council (ICC) decided to move the March 19 World Twenty20 fixture between the two countries to Kolkata, as the state government of Himachel Pradesh said it could not guarantee players’ safety in their state.

“The PCB welcomes ICC’s decision of shifting the World T20 Pakistan-India game scheduled in Dharamshala on March 19 to Kolkata,” chairman of the board Shaharyar Khan said.

He said PCB had made clear to Indian and international cricket governing bodies that “our government is expecting an assurance to Pakistan against specific threats to the Pakistan cricket team from various political parties and groups during the tour”.

Despite the venue being moved to a safer location, the Pakistan men’s and women’s teams are staying put until there is an agreement.

“Pending this assurance and in accordance with the recommendation by the security delegation, the PCB has decided to defer the departure of Pakistan men and women teams to India,” Khan said.

Seven Indian security personnel were killed in a January 2 attack on the Indian Air Force Base at Pathankot near Dharamsala, 25km from the Pakistan border.

Pakistan said on Wednesday it had arrested several members of the Kashmir-based Jaish-e-Mohammad, or Army of Mohammad group, which is suspected of masterminding the attack.

Indian war veterans in the nearby state of Himachal Pradesh opposed hosting the Pakistan cricket team in Dharamsala, prompting the state to raise the alarm over security issues.

The situation led Pakistan to send a delegation to review security at the northern Indian town, while delaying the departure of their men’s and women’s cricket teams.

“Safety and security of the event is of paramount importance to the ICC,” the organisation’s chief executive David Richardson told reporters. “It was a difficult decision.” 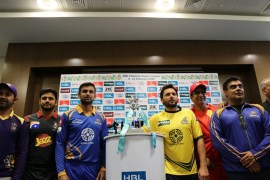 Will a 19-day Twenty20 league held offshore revive the ailing fortunes of the national cricket team? 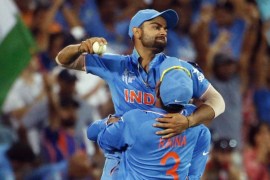 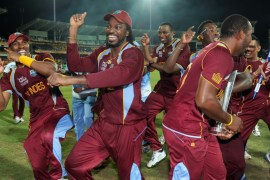