In a statement released on Thursday, the National Police Chiefs’ Council (NPCC) said 350 people had approached police forces across the UK with allegations of child abuse in football clubs.

Officials said the police would be investigating all of the reports they receive, with many believed to date back decades.

“We continue to encourage those who have been the victim of child sexual abuse to report it, regardless of how long ago the abuse may have taken place,” said Chief Constable Simon Bailey, NPCC spokesperson.

“We will listen and treat all reports sensitively and seriously. Anyone with any information regarding child sexual abuse is also urged to come forward.”

The police statement came as the National Society for the Prevention of Cruelty to Children (NSPCC) said it had received more than 800 calls on a dedicated phone line set up to report abuse in football.

“The number of prominent footballers bravely speaking out about their ordeal has rightly caught the attention of the entire country,” said Peter Wanless, NSPCC chief executive.

“We have had a staggering surge in calls to our football hotline which reveals the worrying extent of abuse that had been going on within the sport.”

The flood of reports follows revelations by former Crewe Alexandra player Andy Woodward that detailed abuse he suffered in the 1980s.

Other players soon followed suit, with alleged perpetrators believed to have worked at clubs across the country and in different tiers of the Football League system.

The scandal is the latest to affect a British institution and comes just a few years after revelations about child sex abuse involving a number of prominent media personalities.

Most significant among these was former BBC presenter Jimmy Savile, who raped and abused hundreds of children and other vulnerable people over five decades.

Savile died before the accusations were revealed and the issue could be brought to court. 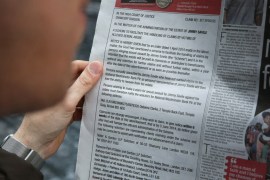 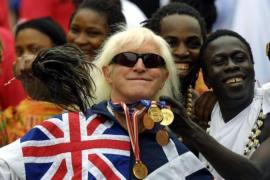