World No 1 Novak Djokovic has revealed that he was approached to fix a match earlier in his career as allegations of corruption in tennis rocked the start of the Australian Open.

Earlier, tennis authorities rejected allegations that they failed to deal with widespread match-fixing as the first grand slam tournament of the year began in Melbourne.

Reports by the BBC and online BuzzFeed News emerged on Monday alleging that 16 players ranked in the top 50 had been repeatedly flagged to the Tennis Integrity Unit (TIU) over suspicions that they had thrown matches over the past decade.

The approach made me feel terrible because I don't want to be anyhow linked to this kind of thing. I think there is no room for it in any sport, especially in tennis.

The reports said the TIU – set up to police illegal activities in the sport – either failed to act upon information that identified suspicious behaviour among players or impose any sanctions.

Djokovic, after opening with a win over South Korea’s Chung Hyeon, played down the report but he also said he was targeted in 2007 to throw a first-round match in St Petersburg.

“I was not approached directly. I was approached through people that were working with me at that time,” he told reporters in Melbourne.

“In the last six, seven years, I haven’t heard anything similar. I personally was never approached directly, so I have nothing more to say about that.”

Djokovic was reportedly offered $200,000 to throw the match, in an incident that gives an insight into the murky world of match-fixing – which the Serb called “a crime in sport”.

Meanwhile, according to the report, all of the accused players, including winners of grand slam titles, were allowed to continue competing.

Eight of those reported were playing in the Australian Open, media reports added.

“The Tennis Integrity Unit and the tennis authorities absolutely reject any suggestion that evidence of match-fixing has been suppressed for any reason or isn’t being thoroughly investigated,” said Chris Kermode, the ATP chairman, at a hastily arranged media conference in Melbourne.

“And while the BBC and BuzzFeed reports mainly refer to events from about 10 years ago, we will investigate any new information, and we always do.”

The BBC and BuzzFeed News said they had not named any players because without access to their phone, bank and computer records, it was not possible to determine whether they took part in match-fixing.

They said that the 2007 ATP inquiry found betting syndicates in Russia, northern Italy, and Sicily making hundreds of thousands of dollars betting on matches investigators believe were fixed.

Three of these games were at Wimbledon, the reports said.

Al Jazeera’s Andrew Thomas, reporting from Sydney, said the reports suggest that despite the presence of circumstantial evidence, the ATP failed to act.

“The Australian Open starts on Monday and the allegations cast an instant shadow over this tournament,” he said. “There is a suspicion over all male tennis players here because we don’t exactly know who is accused of what in the report.”

In a confidential report for tennis authorities in 2008, the inquiry team said 28 players involved in those games should be investigated, but the findings were never followed up, the news organisations said.

The media reports created a stir at Melbourne Park, home of the Australian Open, and follow corruption scandals in world football and athletics.

“It’s always a disappointment when stories come out like this just before the big event,” said Kermode. “We are confident that the TIU is doing what it can and tackles this issue very, very seriously.” 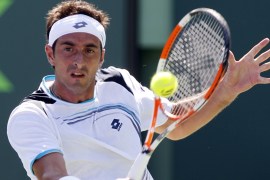 Daniele Bracciali and Potito Starace, who represented Italy in the Davis Cup, in lifetime ban and face criminal charges. 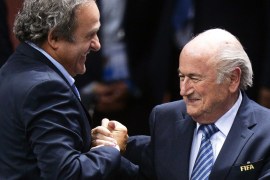 Fifty accounts in Switzerland identified through which corruption money is supposed to have transited. 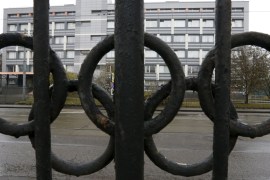