US swimmer Ryan Lochte has been hit with a 10-month suspension following his bogus gunpoint robbery story during a drunken night out at the Rio Olympics, according to US sports authorities.

As part of the penalty, Lochte will forfeit bonus money from the Games and will not be allowed access to United States Olympic Committee (USOC) training centres. He will also not receive his monthly funding from USOC and USA Swimming.

The 32-year-old, who won gold in the 4×200 metres freestyle relay in Rio, will miss next year’s national championships and will therefore not be eligible for the world championships in July. He must perform 20 hours of community service and will miss Team USA’s post-Olympics trip to the White House.

The USOC gives a $25,000 bonus to Olympic gold-medal winners, and USA Swimming has awarded a $75,000 gold-medal bonus at past Olympics.

Lochte admitted he “over-exaggerated” a tale about being robbed and held at gunpoint after a party during the Olympics.

“As we have said previously, the behaviour of these athletes was not acceptable. It unfairly maligned our hosts and diverted attention away from the historic achievements of Team USA,” USOC chief Scott Blackmun said in a statement on Thursday.

“Each of the athletes has accepted responsibility for his actions and accepted the appropriate sanctions.”

FINA, world swimming’s governing body, said in a statement that it was satisfied with the sanctions and would not seek additional bans.

“Regarding the case of the four US swimmers whose behaviour at Rio 2016 has resulted in suspensions from the US Olympic Committee and USA Swimming, and now that the key facts have been established, FINA considers the sanctions applied as proportionate, adequate and sufficient,” FINA said.

“In light of these measures, FINA will not apply additional sanctions and will implement those now imposed on the swimmers at all FINA events.”

Bentz, Conger and Feigen will be suspended from domestic and international USA swimming national team competitions for four months and will not receive monthly funding from USA Swimming or USOC during that period.

They will also have no access to training facilities and will not attend Team USA’s White House visit.

Bentz will also perform 10 hours of community service for violating a USA Swimming Olympic Village curfew placed on athletes under the age of 21.

In what became one of the biggest stories of the Rio Games, Brazilian authorities said the group of swimmers destroyed a bathroom and urinated in public, and have recommended that Lochte be charged with falsely reporting a crime. 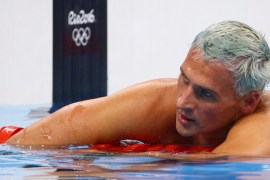 The Olympic gold medallist had claimed he and three compatriots were robbed at gunpoint during the Rio Games. 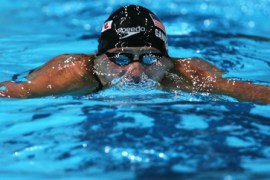