Neymar scored twice, including the fastest goal in Olympic history, as Brazil coasted into the final of the Rio 2016 football event with a 6-0 thrashing of Honduras at Rio’s iconic Maracana stadium.

Brazil’s Neymar has not yet won his country a gold medal, but on Wednesday he at least pocketed an Olympic record – the fastest football goal, at a dazzling 15 seconds into the game.

The semi-final had barely kicked off when Barcelona forward Neymar intercepted the ball, charged towards the Honduran side, tripped over the goalkeeper and put the ball in the net, sending the stadium into a frenzy of cheers.

“Neymar’s goal, 15 seconds in, is the fastest in the history of Olympic football, 5.42 seconds more than Usain Bolt,” the Rio 2016 Spanish-language account tweeted in reference to the Jamaican sprinter.

The hosts now have the chance to ease some of the pain caused by a 7-1 humiliation at the hands of Germany on home soil at the 2014 World Cup by delivering Brazil’s first football gold medal.

A mouthwatering rematch with the Germans is in store should the world champions see off 1996 winners Nigeria in Wednesday’s other semi-final later in Sao Paulo.

In the women’s tournament, Sweden beat Brazil 4-3 to reach the final in a penalty shootout after the sides were goalless following extra time on Tuesday.

Sweden, whose previous best showing at an Olympics was fourth place in 2004, will now face Germany in the final on Friday. 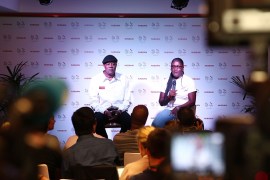 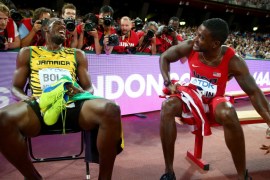