The doubles win sets up Nadal for a potential golden double in the men’s events at the Rio Games as he is still alive in the singles draw.

Nadal, who won singles gold in Beijing eight years ago and missed the 2012 London Games owing to a knee injury, will play Argentina’s Juan Martin del Potro in the semi-finals on Saturday.

“It is a privilege to be able to share this moment with one of my best friends,” said Nadal.

Nadal has struggled with a wrist injury this year and the left-hander, more known for his sweeping ground stokes than the serve and volley play typical of doubles, arrived in Rio having not played since withdrawing from the French Open in May.

“Just 25 days ago I couldn’t even train,” Nadal said, adding that he was unsure until days before the Games whether he would compete at all.

Once the pupil, photographed as a boy alongside his childhood idol Phelps, he put in a masterful performance to deny the American a 23rd and final individual gold in a race that will also be long remembered for a three-way dead-heat for second.

Phelps, the defending champion and world record holder who is heading into retirement – again – after Rio, took silver along with two of his greatest rivals in a fitting finale before he bows out in Saturday’s 4×100 medley.

With South Africa’s Chad Le Clos the middle man, and Phelps and Hungary’s Laszlo Cseh flanking him on either side, they joined hands and stepped up together to the podium.

Astonishingly, all three had touched out in 51.14 seconds, behind Schooling’s Olympic record 50.39 in the second dead-heat in a final in two days. 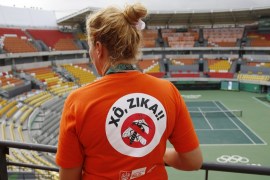 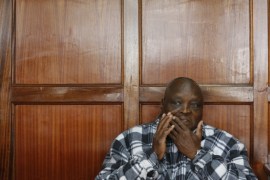