Philippine boxing hero Manny Pacquiao has led his country’s tribute to Muhammad Ali, whose death brought back fond memories of the October 1975 “Thrilla in Manila” fight between Ali and Joe Frazier.

“We lost a giant,” Pacquiao, a newly elected senator, said on his Facebook account , offering prayers to Ali’s family.

Pacquiao, who announced his retirement last April, posted a similar message on Twitter writing: “You will always be GOAT”, referring to the designation of Ali as “The Greatest of All Time”.

In a separate interview with a local TV station, Pacquiao said that Ali served as his inspiration when he first started in boxing. He said the boxing legend, not only accomplished something in the boxing ring, but also in life.

In April 2015, Ali posted a message on Twitter for Pacquiao and his opponent Floyd Mayweather writing, “Rumble, young men, rumble!”

Sports commentator Ronnie Nathanielsz, who was assigned by then-dictator Ferdinand Marcos to act as Philippine government liaison to Ali for the bout, said: “We lost a hero, a peacemaker and a truly charismatic human being.”

The October 1, 1975, heavyweight championship, considered by sport critics as one of the greatest boxing matches in history, was won by Ali on a technical knockout at the jam-packed Araneta Coliseum in Metro Manila, and was watched by a worldwide audience.

After the bout, the ecstatic owner of the arena told Ali that he would build a shopping mall and name it after him. The popular Ali Mall stands to this day.

The bout got its name from Ali’s widely publicised boast that the 15-rounder would be a “killa and a thrilla and a chilla, when I get that gorilla in Manila.”

“It put the Philippines on the map,” Nathanielsz told the Associated Press news agency.

Marcos reportedly wanted to hold the bout in Manila to deflect international and domestic attention from the political restiveness and growing Muslim and communist uprisings, after placing the country under martial rule three years earlier.

Accompanying Ali from Hawaii on board a Philippine Airlines plane, Nathanielsz said the American boxer was welcomed by tens of thousands of Filipino fans “like the pope” from the airport to the Manila Hilton.

Ali decided right away to conduct a workout at a nearby cultural centre by Manila Bay so Filipinos can see more of him, Nathanielsz said.

Marcos’s image did not bother Ali, who personally liked the Philippine leader and embraced him when they met in Manila, Nathanielsz said.

In an awkward moment during his Manila visit, Ali introduced his girlfriend to Marcos as his wife.

The scene, which was covered by the press, was shown in the US and caught on TV by Ali’s wife, who hurriedly flew to the Philippines to confront the boxer, according to Nathanielsz.

Nathanielsz likened Ali to Pacquiao, saying both were icons who were close to and inspired common folk.

Roel Velasco, who won a bronze medal at the 1992 Olympics in Barcelona, Spain, thanked Ali for helping inspire him to become a boxer, saying: “It’s sad to see one of the world’s greatest boxers go.”

Velasco, who now coaches Filipino boxers, including a handful who are flying to the Olympics in Brazil later this year, recalled how the Ali-Frazier Manila bout riveted his central Philippine province.

Ali instantly “became one of my idols,” said the 46-year-old Velasco. 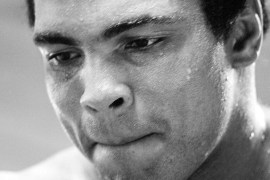 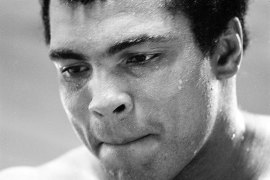 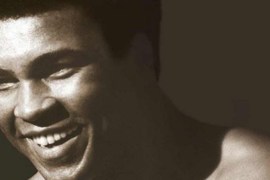