The Pakistan Super League (PSL), the national cricket board’s much-trumpeted T20 project, finally sees light of the day in Dubai on Thursday when it is launched amid fanfare, eagerness and a lot of apprehension.

Shelved twice in the past three years owing to logistical and security issues, PSL is being touted as a ground-breaking venture in the country’s cricketing history with the potential to revive the flagging fortunes of the national team and, of course, the Pakistan Cricket Board (PCB).

But despite the euphoria surrounding the event, it is seen as a hastily-put-together venture that has left many questions unanswered. It is no surprise that till the day of the launch, franchise owners, media and the fans are fairly clueless about the league’s viability and its objectives.

The preceding months have seen the PSL weathering a number of storms as well. This includes a nasty war of words between ex-PCB chairmen Zaka Ashraf and Najam Sethi over the brainchild issue as well as a venue imbroglio that has seen the PCB officials oscillating between Qatar and the UAE for weeks.

Additionally, the mysterious absence of Sri Lankan cricketers at the players’ draft in Lahore and the selection ruckus involving senior pro Younis Khan and a few others also raised a few eyebrows.

More recently, PSL organisers experienced a fallout with the more influential and lucrative Masters Champions League over a clash of dates and venues in the UAE.

Sethi, the league’s chairman and Pakistan cricket’s self-proclaimed Renaissance Man, has endlessly raised the media expectations and that of the fans by putting all his eggs in the PSL basket. He and the other PCB officials have promised the world to the fans, as if all ills plaguing Pakistan cricket will be cured though PSL.

The critics and followers of the game are quick to shun such flamboyance from Sethi and company.

In the wake of the national team’s recent drubbing in New Zealand – its seventh consecutive series loss in limited-overs formats – the critics are correct to point out that any notions about PSL proving to be a quick-fix for Pakistan cricket woes are highly misplaced.

“The inherent fickle-mindedness of Pakistan players, their inadequate techniques and the inability to take pressure are unlikely to get resurrected through a T20 tournament that is essentially meant to be a slam-bang contest to enthrall the crowds all around,” said one cricket writer, Sohaib Alvi.

Although Sethi, at the height of his powers today, has managed to prevail over PCB Chairman Shaharyar Khan to back the cash-rich league despite the latter’s many apprehensions, some at the PCB insist that the former ambassador is still not fully convinced about holding the league on foreign soil and is wary of the spectre of match-fixing raising its ugly head yet again.

Speaking to Dawn newspaper last August, Shaharyar stated:  “I’m not a great T20 man so I’ve left this project to Najam Sethi and the others. But at the moment, it’s looking dicey. And at this late stage, to go to Qatar and put everything right for February, it’s going to be difficult. My theory is that if you can’t do something well, don’t do it.”

And his fears cannot be brushed aside as paranoia or figment of imagination.

The continued reluctance of PCB officials to come out with the exact budgets and expenses of PSL in a transparent manner have had the financial experts seriously doubting the league’s viability.

Recently, when Sethi was asked about the chances of franchises resorting to unfair means for earning profits in case the PSL runs into a loss, he came up with a most amazing reply: “Those franchises which will be making lavish expenses might face losses initially.

“It is a long-term partnership, spanning 10 years, and like any other business the franchises may face losses in the first three years. But from thereon, they are likely to make huge profits.”

Blurting out such thoughts just a week from the launch has certainly created doubts in the minds of some franchise owners.

“We are desperately looking for sponsors for our team since we have made huge investments on marketing and publicity for the players, their travel and stay in the UAE, on coaches and a thousand other things,” says Nadeem Omer, the owner of Quetta Gladiators.

“Of course we are looking for some guarantees from the PCB and have suggested some fresh clauses in the contracts sent to us by the board to safeguard our interests.”

A number of former players, too, remain sceptical of the PSL and believe it is a vehicle for the PCB bosses to further their personal agendas on the Board.

“It [PSL] is nothing but a gimmick for distracting the media and the fans from focusing on the real issues,” says a former captain wishing to remain anonymous.

“The PCB officials are trying to hoodwink the entire nation with this circus, but their designs will soon be exposed when the PSL will begin to falter.”

That things in Pakistan cricket are looking down cannot be disputed.

With the advent of PSL, fans will surely be provided with some exhilarating cricket and good entertainment that could compensate for their misery. Amid all the fervour, the nation will be hoping for their players to benefit from the league and do well in the upcoming Asia Cup and the World T20.

However, given the many organisational goof-ups committed by the PCB in the past and their horrendous management skills, rich dividends are unlikely to be reaped from the PSL. 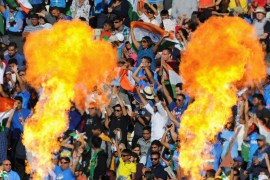 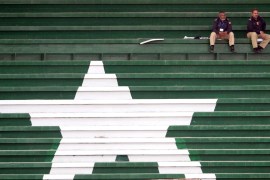 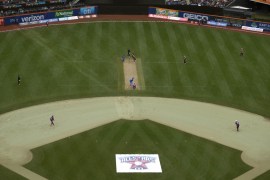 Cricket pitching for glory in the US

An all-star line-up played three matches last year but struggle for power has left the sport affected in the country.