The torch relay for the Olympic Games in Rio de Janeiro will include a stop at a refugee camp in the Greek capital, Athens, where a refugee will carry the torch, the International Olympic Committee (IOC) announced.

During a visit to Athens on Thursday, IOC President Thomas Bach said that the relay would come to the Open Reception Centre for refugees in the capital.

Bach also announced that a small team of international refugee athletes would march behind the Olympic flag at the opening ceremony of the 2016 Games.

Jacques Rogge, IOC’s honorary president, who is also the UN’s Special Envoy for Youth Refugees and Sport, said the symbolic gestures aim to raise awareness about the refugee crisis.

“We want to contribute with the values of sport. Sport can heal many wounds. Sport can bring them hope, can help to forge their ideas and to integrate in society,” Rogge said.

“Ultimately it brings them hope and dreams. Sport is not the solution but it can make a great contribution.”

Bach and Rogge were invited by the Greek government and the Hellenic Olympic Committee with the presence of the UNHCR in Greece to visit the Open Reception Centre for refugees in Athens.

The IOC and the Hellenic Olympic Committee previously helped to provide sporting facilities at the centre.

“By providing these sports facilities we want to give some hope to these refugees. We want to give them at least a little joy in these difficult circumstances.

“We want to give them the opportunity to mix with each other. Here you saw refugees from Syria, from Mali, from Sierra Leone, from Iran, from Iraq, all playing together with us, and really showing a small Olympic community here in this camp,” Bach added.

Bach also announced that the Hellenic Olympic Committee  would receive an additional sum for the regeneration of the Moria Football Stadium on Lesbos island for use by the thousands of refugees there.

Lesbos is a prime landing spot for those fleeing conflicts in Syria and Afghanistan.

The IOC made the $2m emergency fund available in September 2015 to National Olympic Committees organising programmes to help refugees worldwide.

In addition to the $2m fund, the IOC is also in the process of identifying athletes living in forced displacement who have the potential to qualify for the Olympics.

The IOC has already provided sports scholarships to a number of these refugee athletes.

According to International Organization for Migration, more than one million refugees and migrants crossed into Europe in 2015 – with the majority of people arriving by boats.

At least 3,700 people who tried to make the journey by boats have lost their lives doing so – a rate of more than 10 deaths each day during 2015. 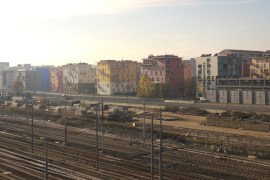 An Italian Olympics legacy: A home for refugees

A decade after Turin hosted the Winter Games, more than 1,000 refugees are finding shelter in its Olympic Village. 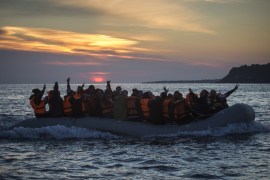 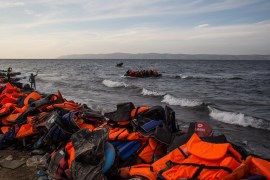