Jason Day claimed his fourth victory in six starts and surged to the world number one ranking after going wire-to-wire to win the BMW Championship by six shots.

The Australian closed out his tournament with a two-under-par 69 to finish at 22-under 262 at Conway Farms, six clear of American rookie Daniel Berger (69) in the third of the PGA Tour’s four FedExCup playoff events.

“The way I feel about my game, confidence level has been the highest I’ve ever had in my entire life,” Day said.

“Its been an amazing kind of run for me, and now it just tops it off even better to get to number one in the world. I felt a lot of pressure over the last two days, especially today just knowing I had a six shot lead.

“Yesterday and today were probably the toughest rounds I’ve ever had to play in my entire life.”

It is the seventh tour win for Day, the fifth of the season after winning the Farmers Insurance Open, the Canadian Open, his maiden major at the PGA Championship and the opening playoff event, The Barclays, prior to this triumph.

He now heads to the 30-man, season-ending Tour Championship in top spot on the FedExCup points list, ensuring a win at East Lake Golf Club would see him claim a $10 million bonus.

Masters and US Open champion Jordan Spieth, Fowler, Henrik Stenson of Sweden and Bubba Watson will also control their fate next week in Atlanta by holding spots in the top five of the points list. 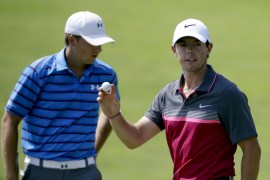 Gap between the top two is the narrowest since official rankings were launched in 1986. 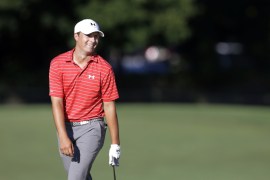 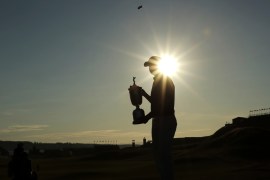