Cristiano Ronaldo moved three goals clear of Lionel Messi as the Champions League top scorer when he netted a hat-trick for Real Madrid in a 4-0 victory over 10-man Shakhtar Donetsk in their Group A opener.

Elsewhere, Manchester United missed a host of chances and let slip their lead in a 2-1 loss to PSV Eindhoven.

A howler from Shakhtar goal-keeper Andriy Pyatov let in Karim Benzema to score the opener in the 30th minute before the visitors were reduced to 10 men five minutes into the second half when Taras Stepanenko hacked down Sergio Ramos and was shown a second yellow card.

Real doubled their lead after Ronaldo converted a penalty in the 54th minute before adding another from the spot nine minutes later.

Ronaldo, who hit five past Espanyol in La Liga on Saturday, completed his hat-trick in the 81st minute when he followed up a Marcelo shot and headed into the net to take his Champions League tally to 80.

Luciano Narsingh scored a second-half winner as PSV Eindhoven came from a goal down to beat Manchester United on a night of setbacks for the English side.

United left back Luke Shaw suffered what appeared to be a serious injury and was taken off on a stretcher with an oxygen mask strapped to his face in the early stages of the Group B game.

United’s Memphis Depay returned to the club where he made his name and reminded spectators at the Philips Stadium of his prowess with a stunning 41st-minute opener.

PSV, however, caught the visitors napping at a corner in first-half stoppage time as Hector Moreno equalised before a swift break away set up the 57th-minute winner.

Di Maria scored after four minutes of their Group A match o and Edinson Cavani made it 2-0 in the 61st in a one-way encounter at the Parc des Princes.

Juventus came from behind to hand Manchester City their first defeat this season as Mario Mandzukic and Alvaro Morata gave the Italian champions an opening 2-1 win.

Premier League leaders City were fortunate to go ahead after 57 minutes when Vincent Kompany, climbing all over Giorgio Chiellini, saw the defender head an own goal as the home skipper wheeled away to celebrate instead of being punished for a foul.

But Juve pulled level in the 70th minute and scored the winner 11 minutes later to snatch all three points. 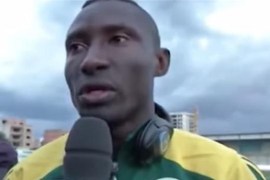 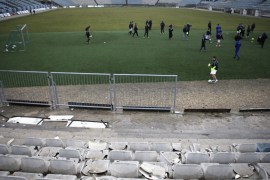 Football team to be granted permission for European competitions this week; FIFA decision to follow next year. 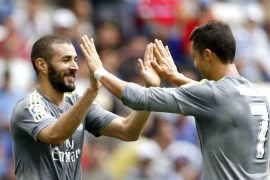 Portugal captain had not scored in the opening two games of the league; Messi, Neymar take Barca past Atletico.