Australia women’s two-match tour of the US has been called off 24 hours after a union representing the players said stalled contract talks meant the team would not travel to America.

The Football Federation Australia Chief Executive David Gallop told a media conference in Sydney that the players’ union, Professional Footballers Australia, made “extraordinary demands” which meant the tour could not take place.

The PFA, a union representing male and female players, on Wednesday said the tour had been cancelled a day after players refused to show up for a practice session in Sydney.

The collective bargaining agreement expired in July, and the Matildas – as the women’s team is known – have not been paid in two months.

The FFA has refused to increase their salary, which is based over a six-month playing period, to the higher figure, saying the increase was not sustainable.

A US Soccer spokesman said 31,000 seats had been sold for each of the matches in Detroit on September 17 and Birmingham, Alabama, on September 20.

He would not comment on Australian media reports that the US association would lose more than $1m because of the cancelled tour.

‘I will always make myself available’

News Corp Australia reported earlier that six players, including captain Lisa De Vanna, had broken ranks with the union and still hoped to fly to the US on Friday.

“I just want to play for my country. It’s all I want to do,” De Vanna was quoted as saying. “If my coach calls me and asks me to play I will always make myself available.”

The union is seeking an increase in wages, international match payments, improvements in accommodation, and other benefits for the women’s team. 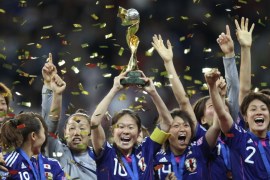 Women’s football, time to perform under the spotlight

The 2015 World Cup has given the players a chance to impress the ever-growing audience and fans. 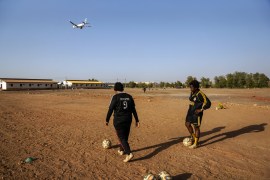 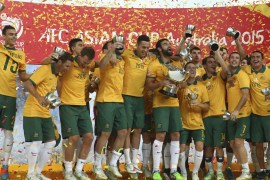 Australia will not bid for FIFA events until ‘reform’