The papers outlining secret tactics were meant to be slipped under South African fast-bowler Dale Steyn’s hotel room door on the eve of a game against New Zealand.

Instead, they went to the wrong room and are now there for the world – and the New Zealand players – to see after the occupant posted them on Facebook.

The South African team acknowledged that papers listing apparent weaknesses of New Zealand’s batsmen were mistakenly pushed into the room of another hotel guest on Tuesday night.

Although they don’t contain any startling insights, the tactics – titled “Plan / Strategy Handouts” – outline team management’s suggestions on how Steyn and his fellow fast-bowlers could get the New Zealanders out.

For one, middle-order batsman Colin Munro is susceptible to “bouncers into rib cage”, which he “doesn’t play well”, according to the South Africans.

The dossier, which has “Dale Steyn” handwritten on the top, was photographed and posted on Facebook by the woman who ended up receiving it.

She wrote next to the photo: “Something tells me I wasn’t supposed to get the South African cricket teams plan/strategy for the New Zealand team batsmen and bowlers under my hotel room door.”

It’s not the first time documents with team tactics have gone astray in cricket.

In 2012, Australia’s plans for South Africa’s batsmen were leaked before their Test series.

And in 2001, then-Australia coach John Buchanan put motivational notes containing excerpts from Sun Tzu’s “The Art of War” under the hotel room doors of his players during an Ashes series in England. 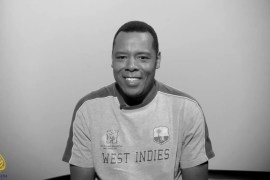 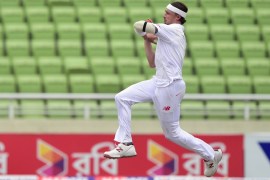