Beijing has been selected to host the 2022 Winter Olympics, becoming the first city to be awarded both the winter and summer games.

The Chinese capital narrowly defeated Kazakhstan’s Almaty in a vote of the International Olympic Committee despite its lack of natural snow. Friday’s vote was surprisingly close: 44-40.

Beijing was seen by the IOC as a safe, reliable choice that also offered vast commercial opportunities in a new winter sports market of more than 300 million people in northern China.

Beijing mayor Wang Anshun heralded “a remarkable day for Beijing and for the Olympic movement” on Friday after the Chinese capital won the right to host the 2022 Winter Games.

“This day will go down in history,” Wang told reporters.

“The first time in Olympic history that a city will host both a summer and a winter Olympic years. In 120 years this is unprecedented. We are overwhelmed.”

Almaty had hoped to bring the games to Central Asia for the first time, but was a lesser-known quantity and viewed as a riskier choice by IOC members.

Kazakh Prime Minister Karim Massimov made a last-minute impassioned plea for the IOC to be “brave” and give the games to his country, but it was not enough.

“Almaty is not a risky choice for 2022,” Massimov told the IOC delegates. “In fact, we are quite the opposite. … We are a golden opportunity to prove that smaller, advancing nations can successfully host the Winter Games.”

Almaty portrayed its bid as one that goes back to the tradition of the Winter Games, showing videos featuring towering peaks and deep snow and stressing that all venues are within a 30-km radius.

China’s size and political and economic might was a big advantage against its northwestern neighbour, which became independent in 1991.

Beijing and Almaty had both been considered longshots when the 2022 bid race opened two years ago. But they were the only two candidates left after four European cities – including Oslo and Stockholm – pulled out for political or financial reasons.

The secret vote was conducted by paper ballot, after the first electronic vote experienced technical faults with the tablets.

Beijing plans to use several venues from the 2008 Olympics, including the “Bird’s Nest” stadium and “Water Cube” arena.

But the snow and sliding events would be at venues in Yangqing and Zhangjiakou, 60 and 140 km outside Beijing. A planned high-speed rail line to Zhangjiakou is supposed to cut travel time to 50 minutes. 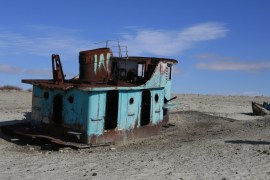 Can Kazakhstan become a world power and tourism hotspot despite its poor human rights record and steep prices? 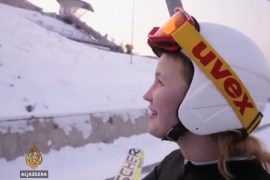