FIFA President Sepp Blatter is being investigated by US authorities as part of their corruption inquiry into football’s governing body, the New York Times (NYT) has reported.

Blatter, who announced on Tuesday that he will be resigning from his position, has not been directly implicated in the parallel US and Swiss criminal investigations into FIFA, which were announced last week.

Unidentified US law enforcement officials, however, told the NYT that “they were hoping to win the cooperation of some of the FIFA officials now under indictment and work their way up the organisation” in a bid to build a case against Blatter.

Blatter announced his decision to resign on Tuesday, just four days after the congress that saw him win a fifth term as the body’s president.

“I cherish FIFA more than anything and I want to do only what is best for FIFA and for football,” Blatter said at a news conference in Zurich on Tuesday.

“FIFA needs a profound overhaul. I have decided to lay down my mandate at an extraordinary elective Congress.

“I will continue to exercise my functions as FIFA president until that election.”

Domenico Scala, head of FIFA’s independent audit and compliance committee, said there would need to be four months’ notice for any new presidential election.

At the FIFA meeting in Zurich last Friday, Blatter, 79, had been re-elected when his only rival, Jordan’s Prince Ali bin Al Hussein, withdrew after gaining 73 votes to Blatter’s 133 in the first round of voting.

A day later, Blatter came out fighting, implying that the US timed the announcement of a major corruption probe to try to scupper his re-election bid.

Meanwhile, Switzerland’s Office of Attorney General (OAG) has confirmed that it is not investigating Blatter.

Swiss authorities have launched a separate criminal investigation into the bidding process for the 2018 and 2022 World Cups that are set to be held in Russia and Qatar.

ANALYSIS: FIFA’s ‘president of everybody’ runs out of friends

No sooner had Blatter announced his decision to resign than English Football Association chairman Greg Dyke raised the possibility that the controversial vote that awarded Qatar the tournament could be rerun.

In response, Qatar Football Association’s president, Sheikh Hamad Bin Khalifa Bin Ahmed Al Thani, said in a statement that Qatar had been cleared of any wrongdoing in the FIFA-commissioned Garcia report on corruption.

“Having already cooperated fully with Mr Garcia’s investigation – and been subsequently cleared of any wrongdoing – we welcome the Office of the Swiss Attorney General conducting its own work into the bidding process for the 2018 and 2022 World Cups,” the statement said.

Former US Attorney Michael Garcia was appointed by FIFA in 2012 with the priority of probing the controversial 2018 and 2022 World Cup bidding contests.

At the time, he claimed the judge’s decision contained “numerous materially incomplete and erroneous representations” of his investigation.

The end for Sepp Blatter has been coming for some considerable time and I have spent years covering it closely. He became a figurehead for an organisation infamously riddled with corruption and completely discredited, though somehow hung on, claiming he was the man to rectify the situation.

Yet it was still a shock when he announced so suddenly he was standing down. So stubborn has his presidency been, so resilient has he been, so undeniably deft his political nous since he joined FIFA in the 1970s.

This time, with the FBI indictment and the spotlight on his close ally, Secretary-General Jerome Valcke, he was backed right into the corner. More will emerge. There was no hiding place.

His wish of leaving in his own time will surely not be met, and maybe we will see an interim president before the new election in four months.

Four long terms, then one lasting barely four days. A controversial, curious man, not without attributes and ability, but who needed to go. Partly for cosmetic reasons. Whether unfair on him or not, he had become the face of an unacceptable regime. Yes he was loved by many Football Associations benefiting financially…but sadly, hated by football fans across the globe. 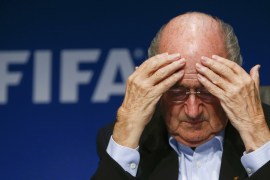 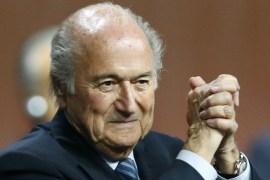 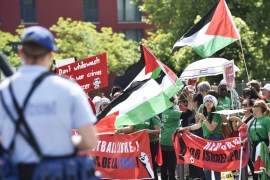