Japan completed the quarter-final lineup for the Women’s World Cup when the defending champions rolled into the last-eight with a 2-1 win over the Netherlands.

The only team in the tournament to have won every game, Japan dominated the Dutch with their speed and skill and move on to Edmonton and a Saturday meeting with Australia, who booked their last-eight spot with an upset of Brazil.

An early strike from Saori Ariyoshi and a 78th minute missile from Mizuho Sakaguchi accounted for Japan’s scoring, while Kirsten Van De Ven provided some late drama when her tame injury-time header somehow found its way past a static Ayumi Kaihori.

For the Dutch the loss was double disappointment ending their stay in Canada and a chance to qualify directly for the Rio Olympics football tournament.

The top three European teams at the World Cup will qualify for Olympic berths which will go to France and Germany.

England also made the quarter-finals but are ineligible for the Olympics meaning the other European nations that appeared in the World Cup; Norway, Sweden, Switzerland, Spain and the Netherlands will now play a mini-tournament in February or March to decide the third spot. 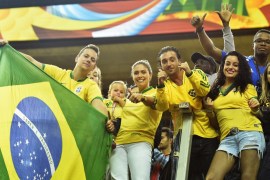 Global audience for the 2015 World Cup has seen notable rise from tournament four years ago. 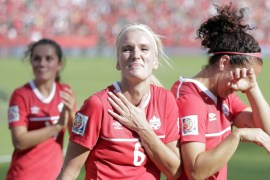 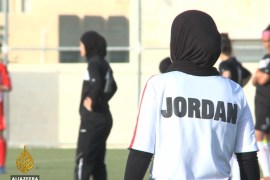 Jordan narrowly missed out on qualifying for the 2015 Women’s World Cup but will be hosting an U17 event next year.