The bidding process for the 2026 football World Cup will be postponed, FIFA’s Secretary-General Jerome Valcke has said.

“Due to the situation, I think it’s nonsense to start any bidding process for the time being. It will be postponed,” Valcke told a news conference in the Russian city of Samara on Wednesday.

The decision on who hosts the 2026 tournament was due to be made in Kuala Lumpur in 2017.

The FBI and Swiss authorities are currently investigating the bidding for the 2018 and 2022 World Cups that were awarded to Russia and Qatar.

“It was decided to place the administrative process on hold for the 2026 FIFA World Cup bidding due to the current situation,” read a FIFA statement.

“Further decisions regarding the 2026 FIFA World Cup bidding process will be discussed by the FIFA Executive Committee at a later date,” it added.

FIFA is currently in the middle of the biggest scandal to have engulfed football’s governing body.

Nine high-ranking FIFA officials – including a vice president – were arrested in Zurich just two days before the FIFA Congress elected Sepp Blatter as president for a fifth term.

Blatter, however, announced four days later that he will step down from the post following an ‘extraordinary meeting of the Congress’ later this year that will elect his successor.

FIFA said its executive committee would hold an extraordinary meeting in July to discuss “various dates options” for the Congress.

Blatter wants to remain in office until his successor is elected in order to carry out reforms at FIFA.

But there have been widespread calls for him to step down at once given the gravity of the crisis facing the 111-year-old organisation. 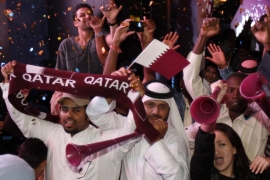 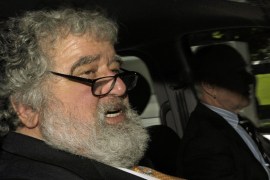 Chuck Blazer told US prosecutors in 2013 that he took bribes in connection with 1998 and 2010 World Cups.