Swiss authorities have arrested seven leading FIFA officials in Zurich on racketeering and bribery charges brought by the United States and announced they have opened a criminal case in connection with the allocation of the 2018 and 2022 World Cups.

The arrested officials are among 14 people named in a 47-count indictment that was unsealed in federal court in New York City on Wednesday, and face extradition to the US for questioning.

Among those charged in the indictment are FIFA Vice President Jeffrey Webb and Jack Warner – the current and former presidents of CONCACAF. (CONCACAF is the continental confederation under FIFA headquartered in the US, whose Miami offices were also raided by authorities on Wednesday.)

The US Justice Department revealed that four individuals and two companies have already pleaded guilty, in a case that has rocked football’s world governing body.

“It spans at least two generations of soccer officials who, as alleged, have abused their positions of trust to acquire millions of dollars in bribes and kickbacks,” said Loretta Lynch, the US attorney general.

FIFA President Sepp Blatter was not among the men arrested, FIFA spokesperson Walter de Gregorio confirmed. The governing body’s officials are in Switzerland for the congress as its gets ready to elect  its next president.

“The general secretary and president have not been arrested,” de Gregorio said in a press conference.

“FIFA welcomes this process as it initiated it last November, lodging a legal complaint with the federal attorney.

De Gregorio called the arrests a “difficult moment” but said it would not derail Blatter’s bid to win a fifth term in an election on Friday.

De Gregorio also said the decision would not affect the 2018 and 2022 World Cups.

“The 2018 and 2022 World Cups will be played in Russia and Qatar. One thing [arrests] has nothing to do with the other and the election will take place as planned.”

“Russia and Qatar will be played. This is a fact today and I won’t go into speculation about what will happen tomorrow.”

Al Jazeera’s Alan Fisher, reporting from Washington, said the US Justice Department had “wide authority” to arrest and extradite the officials.

“If any of these transactions were conducted through US banks or used US internet service providers, that gives the Justice Department the authority to investigate and clearly they have been investigating for the last three years,” he said.

Our correspondent said despite “years and years” of speculation about corruption involving FIFA, the charges could have come now as the officials knew that the body was holding high-level meetings in Zurich and many of the the main players would be there and easy to arrest. Fisher also said the statute of limitations was about to run out on a number of the crimes.

In a statement, the US Department of Justice said: “The defendants also include US and South American sports marketing executives who are alleged to have systematically paid and agreed to pay well over $150m in bribes and kickbacks to obtain lucrative media and marketing rights to international soccer tournaments”.

“The indictment alleges corruption that is rampant, systemic and deep-rooted, both abroad and here in the United States.”

Separate to the US indictment, the Swiss Office of the Attorney General (OAG) issued a statement saying it has “opened criminal proceedings against persons unknown on suspicion of criminal mismanagement and of money laundering in connection with the allocation of the 2018 and 2022 Football World Cups”.

The OAG said it has seized data and documents from FIFA’s IT systems on Wednesday as part of its investigation.

The US is expected to seek extradition of the officials who have been arrested.

Sports ethics campaigner Jaimie Fuller told Al Jazeera that it was difficult to say what would come of the charges but he hoped that the sport’s sponsors would demand reforms to clean up football.

“The toxic nature of the corruption that exists in FIFA, it eventually had to burst at some stage,” Fuller said.

“With FIFA’s brand being on the nose, with the negative sentiment about the brand, that will rub off on their brands too.” 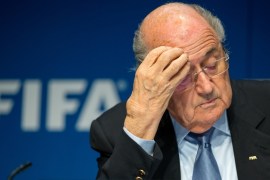 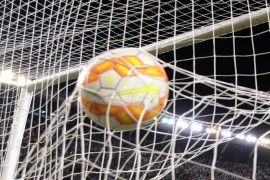 People & Power investigates how a match-fixer and his syndicate corrupted global football. 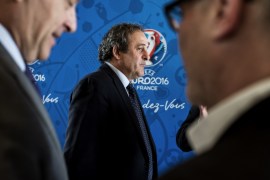