The Palestine FA (PFA) will not drop its proposal for a vote at the FIFA Congress to suspend Israel from international football although it will continue to pursue dialogue, its president Jibril Rajoub said.

Rajoub met his Israeli counterpart Ofer Eini and FIFA president Sepp Blatter at the headquarters of football’s governing body in the latest attempt to end the impasse between the two sides.

The PFA accuses Israel of hampering its activities and restricting the movement of players between the Gaza Strip and the Israeli-occupied West Bank.

Israel cites security concerns for the restrictions it imposes.

“Both member associations agreed to pursue the dialogue,” said FIFA in a statement.

“(FIFA President Blatter) confirmed that he will travel to Israel and Palestine to meet their respective FA Presidents and Heads of State ahead of the FIFA Congress.”

For the Palestinian proposal to pass, it would need the approval of 75 percent of FIFA’s 209 member associations at the annual congress in Zurich on May 29.

As well as restrictions on movement, the PFA has cited issues surrounding the curbs Israel places on the import into the Palestinian territories of sports equipment and visits by foreign teams and individuals.

FIFA has been trying to find a solution to the Palestinian complaints for more than two years.

“The proposal (to suspend Israel) will remain on the agenda,” Rajoub said in a telephone interview.

“A dialogue is not a solution, the solution is that the Israelis have to come and recognise our rights to develop the game according to the statutes of FIFA.

“We told the Israeli FA that they have enough time to come to the Congress with a proposal to end our suffering. We recognise their association and the right of their footballers to enjoy the game and we want to enjoy the same rights.

“I shook hands with them (the Israeli delegation), they are my neighbours,” added Rajoub. “But I wish they would join me and fight against discrimination.”

If FIFA were to suspend Israel, it would bar all its teams and clubs from competing in international competitions such as the Champions League and Euro 2016 qualifiers. 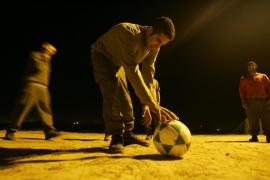 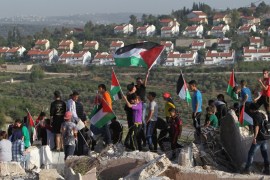