The NBA, along with basketball’s international governing body, announced plans to host a developmental camp for male and female players in Cuba, in the first such initiative by a US pro sports league since the United States and the communist-ruled island embarked on a diplomatic thaw in December.

Cuba has a long history of basketball and has participated four world championships, but its players’ links to the NBA have been limited by a 50-year standoff between the Cuba and the US.

Mutombo, a Congolese-American elected to the US Basketball Hall of Fame on Monday, said “this visit to Cuba will be a fantastic opportunity to teach the values of our game and learn from one another”.

The United States and Cuba agreed on Dec. 17 to restore diplomatic ties after more than a half century of tensions, and President Barack Obama called for an end to a long-time US economic embargo.

FIBA President Horacio Muratore said in a statement it was “extremely gratifying” to see Cuba hosting the camp.

Cuba’s men’s national basketball team has participated in six Olympics, winning the bronze medal at the 1972 Games in Munich. 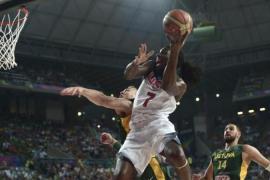 France knocked out by Serbia after defending champions USA beat Lithuania in the other semi-final. 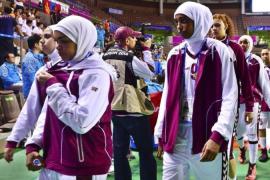 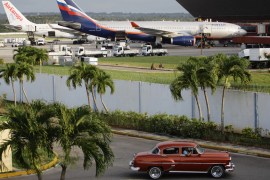