Chelsea may top the Premier League table but Jose Mourinho’s side have the unfortunate tag of being the worst-behaved team in the top flight when it comes to respecting officials, according to Football Association Fair Play delegates.

Chelsea, who have a seven-point lead in the Premier League with seven games remaining, have received widespread criticism for their attitude towards referees this season despite Mourinho suggesting they are victims of a ‘campaign’ by the FA and media.

The data, complied by FA Fair Play delegates who attend every Premier League match, shows Chelsea have the least respect towards match officials, the Telegraph reported.

Teams are marked out of seven when assessing behaviour towards the referee and his assistants, and Chelsea have a respect mark of 159 compared to Liverpool’s 181, which makes Brendan Rodgers’ side the most respectful towards officials.

“A positive attitude, including the acceptance of doubtful decisions without protest, will be rewarded with high marks,” guidelines published on the Premier League website state.

“Normal behaviour without any particular positive attitudes or gestures towards match officials is likely to receive a score of 6 rather than 7.”

Chelsea are also the second worst team when it comes to the behaviour of club staff on the touchline, with struggling Sunderland the only side above them. 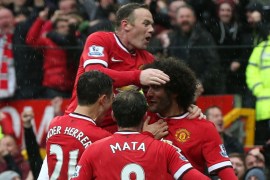 Manchester United thump opponents while leaders Chelsea beat QPR thanks to an 88th-minute strike by Fabregas.