Just four words but it was enough to divert attention briefly away from the impending Chinese Grand Prix and to the state of the 25-year-old Marussia driver Jules Bianchi.

The champagne is being sprayed and victories are being savoured during the opening forays this season. But Bianchi remains unresponsive in an induced coma. His condition is still critical.

Time passes slowly when it comes to handling severe brain trauma and Bianchi’s life will remain in the balance for some time to come. But according to Brazillian Felipe Massa, whose car somersaulted at the German GP last season, Formula One is safer than what it was 25-30 years ago.

“The cars are far better built, tracks are better,” Massa told Al Jazeera. “But there will always be risk associated with this sport.”

While it has been over two decades since the last race fatality, the events of Suzuka last October provided a chilling reminder of F1’s omnipresent dangers. Bianchi lost control of his car in treacherous conditions, leaving the track and colliding head-on with a recovery tractor at 132mph.

Some have described Bianchi’s driving that day as reckless, given the torrential rain and fading light. But Massa explained that part of the necessary psychology of being a F1 driver is being willing to push yourself to the extreme, whatever the conditions.

“You need to understand exactly where the limit is in order to get there. Pushing to the limit is what gives you a lot of happiness. Feeling the speed, overtaking in almost impossible ways, taking the corners more aggressively, seeing your lap time getting quicker.

“Sometimes you pass the limit, you try too much and you lose control of the car and crash, but that’s part of the job.”

As Race Director and Safety Delegate, Charlie Whiting has spent most of his career preventing and dealing with accidents.

But in his 27 years at the FIA, there is only one Grand Prix, he tells Al Jazeera, which compares to the traumatic events of Suzuka – the 1994 San Marino Grand Prix in Imola, one of the darkest weekends in F1 history with fatal accidents for rookie driver Roland Ratzenberg and Ayrton Senna.

The events of Imola led to the introduction of groundbreaking safety measures such as collapsible steering columns, protective foam around the top of the cockpit as well as compulsory head and neck support devices for every driver.

And in the aftermath of Suzuka, the FIA has responded by moving forward the start times for five races to reduce the risks posed by fading light.

But calls for enclosed cockpits, which could have protected Bianchi, have so far gone unheeded. Drivers’ heads remain exposed, leaving them vulnerable to impacts and flying debris, as Massa knows all too well.

During the 2009 Hungarian Grand Prix, he was struck by a 1.75lb suspension spring from a rival’s vehicle while travelling at 160mph, leaving him in a coma for several days. While the FIA consider extra protection a priority, they insist it is vital to retain the overall identity of an F1 car.

“But we are working to develop something to prevent a loose wheel or a spring hitting a driver’s head. It’s quite a challenge but I think we can achieve this within the next five years.”

Massa has been warned that another crash could have drastic long-term medical consequences. However, while boxers, rugby and NFL players have been known to quit for fear of sustaining long-term damage, F1 drivers seem to find it harder than most to contemplate life without an element of risk.

“Speed is part of my life,” Massa said with a laugh. “If I didn’t have that I would be very frustrated. When I was recovering in hospital, I never considered not racing again.”

After such a psychologically traumatic experience, logic suggests that he may find it hard to test the boundaries as he once did, perhaps second guessing his natural instinct to attempt ever more daring manoeuvres.

Massa disagrees. Once in the cockpit, such doubts cease to exist.

“We enjoy the danger. As drivers, we cannot be afraid. If you are afraid, you can’t do your job. It’s like there’s a switch. You get in the car, close your visor and you’re in the zone. You don’t even remember you have a son, a wife, a mum or a dad.

“These things don’t even go through your mind. But as soon as the race ends, the switch flicks back again and you go back to your life.”

It is his personal life rather than racing which has forced Massa to reflect on the fragile nature of life at 200mph.

“My wife was six months pregnant when I crashed in Budapest. It wasn’t easy for her. But she also wants to see me happy. I just respect and try to enjoy life more now because you never know what can happen.”

While Whiting and his colleagues strive to make the sport as safe as possible, the uncertainty and extreme nature of F1 is ultimately what captivates a large proportion of television viewers and crowds around the world.

“I don’t want to sound provocative but making the sport completely safe is an unrealistic goal,” Whiting said.

“People like to see incidents. They want to see the drivers are trying to explore the limits and when that’s the case, things will go wrong from time to time. We keep the likelihood of anyone getting hurt to an absolute minimum but to eliminate that completely isn’t possible.” 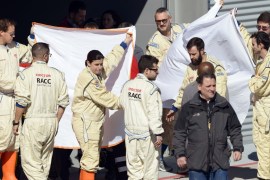 McLaren’s F1 driver will take part in the Malaysian GP after recovering from pre-season crash. 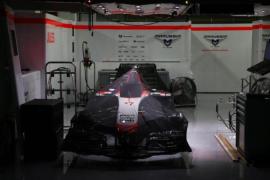 Bianchi won’t give up, says father

Formula One driver remains in critical but stable condition following his crash in a rain-marred Japanese GP. 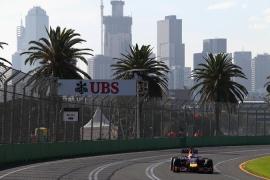 Formula One races into the unknown

New rules and engine changes look set to herald Formula One into a new era as the 2014 season takes off in Melbourne.