Dwyane Wade scored 32 points to help the Miami Heat rally from an 11-point deficit in the second half to overcome the Portland Trail Blazers 108-104.

With the Heat trailing by two points in the final minute, Wade hit two jumpers then added two free throws to score his team’s final eight points and 15 in the fourth quarter.

Miami (31-36) is seventh in the Eastern Conference playoff race.

The Bucks got 19 points and nine rebounds from Giannis Antetokounmpo.

Russell Westbrook scored 36 points to lead the Oklahoma City Thunder to 122-118 victory over the Boston Celtics. 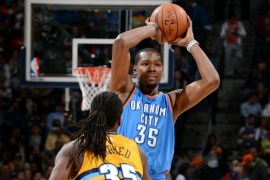 Forward scores 40 points including seven three-pointers while San Antonio rally to a win over Indiana. 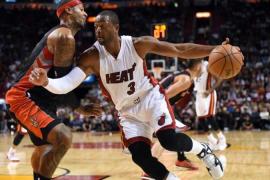 Raptors kept under the Heat