McLaren says Fernando Alonso is making a ‘solid recovery’ after being concussed following a crash in Formula One testing and is staying in hospital for further observation.

The Spanish driver was airlifted by helicopter to the hospital for precautionary checks after his McLaren collided with a wall at the Barcelona-Catalunya circuit on Sunday.

In a statement released on Monday, McLaren says Alonso is chatting to family, friends and hospital staff as he recovers ‘from the effects of the medication that successfully managed his routine sedation’.

McLaren says MRI and CT scans returned ‘completely normal’ results and the team ‘will evaluate in due course whether or not he will participate in the next Barcelona test’.

Meanwhile, McLaren have blamed gusting winds for Alonso’s crash and dismissed ‘erroneous rumours’ that an electrical fault could have rendered the driver unconscious before the impact.

McLaren said a detailed analysis of damage to the car, and telemetry data, indicated the accident was caused by the unpredictably gusty winds at that part of the circuit at that time, and which had affected other drivers similarly.

The data also showed the car had no loss of aerodynamic pressure nor was there any electrical discharge or irregularity in the ERS (energy recovery) system before, during or after the incident. 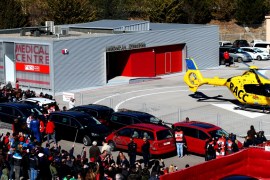 Spain’s McLaren driver is ‘ok and conscious’ but taken to hospital for tests, according to officials. 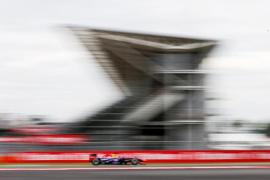 The country’s omission from the 2014 calendar did not come as surprise after four years of struggle.