More evidence has emerged in Al Jazeera’s investigation into performance-enhancing drugs, suggesting that a clinic in the United States might have been illegally prescribing human growth hormone.

Watch the full documentary – The Dark Side – here

The Guyer Institute in Indianapolis was featured in Al Jazeera’s documentary on sports doping earlier this week. One of the allegations made by a pharmacy intern who worked at the Institute was that the clinic was shipping human growth hormone to the wife of American football star Peyton Manning. 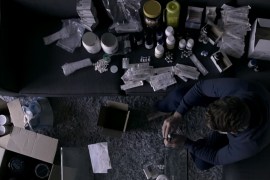 The dark side: The secret world of sports doping

The dark side: Recording backs up Al Jazeera report

Recorded phone call contradicts claim that Charlie Sly did not work at Guyer Clinic until 2013.