Residents in the northern German city of Hamburg have rejected plans to host the Summer Olympics in 2024, effectively ending the multi-billion dollar project.

Just under 52 percent of 650,000 voters decided against the plans on Sunday, leaving Los Angeles, Budapest, Rome and Paris to compete for the right to host the event.

The bid’s CEO Nikolas Hill said organisers had “expected a different result” but the results of the referendum will be respected.

“The result nevertheless is clear for us, we have to accept it. There will be no discussion or rethinking it. That is it. That is what they wanted,” Hill told the Reuters news agency.

The move by residents of Hamburg is the second time Germans have scuppered plans to host the Games.

In October Olaf Scholz, the mayor of Hamburg, said the Games would cost up to $12.6bn with more than 75 percent of that amount being drawn from taxpayers.

Hamburg’s withdrawal comes after four of six bid cities dropped out midway through the campaign for the 2022 Winter Games, while Los Angeles replaced Boston as the US choice for the 2024 Summer Olympics earlier this year after the latter pulled out over financial concerns.

“The city [Hamburg] also misses the investment of the IOC of about $1.7bn to the success of the Games, which compares to the 1.2bn euro [$1.27bn] Hamburg wanted to invest,” an IOC spokesman said.

The divisions the decision brought about were highlighted on Twitter where Germans debated the effect the withdrawal would have on Hamburg and the country as a whole.

Critics decried the vote result as a missed opportunity and those who supported the move argued it would not have helped locals.

After witnessing how Olympia brought Beijing an open, welcoming atmosphere, it makes me sad to see how Hamburg closes its doors #Hamburg2024

The hosting of the Olympics has been increasingly scrutinised by residents living in the areas where the events take place.

The lasting economic value of the Games has been put in the spotlight following reports about the abandonment of Olympic stadiums in Greece following the Athens 2004 event.

Some analysts have suggested Greece’s hosting of the Olympics played a role in the debt crisis that nearly brought about the collapse of its economy.

The 2016 event in Rio has been criticised as the Brazilian government clears the way for new developments by destroying favelas housing the city’s poorest. 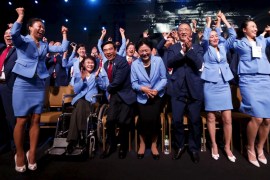 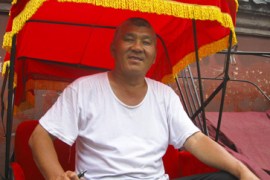 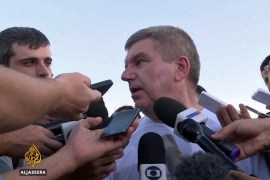 Is Brazil ready for the Olympics?

In Brazil, there remains much to be done in terms of construction and infrastructure before the games begin.