Tax authorities have raided the headquarters of the German Football Federation (DFB) in an investigation linked to 2006 World Cup payments, prosecutors said.

The raid at the Frankfurt-based premises on Tuesday took place as investigators also searched the house of DFB president Wolfgang Niersbach and the federation’s former president, Theo Zwanziger, prosecuting authorities in Frankfurt said.

The investigation is “in connection with the awarding of the football World Cup 2006” and a payment made to football world governing body FIFA of $7.4m linked to the 2006 World Cup, the officials added.

“We are searching for incriminating material to support the suspicion of tax evasion,” an investigator was quoted as saying by Bild in its online edition.

The DFB have tasked a law firm to investigate payments made to FIFA.

The federation has denied a slush fund existed to help the 2006 World Cup bid by buying votes of FIFA executive committee members. 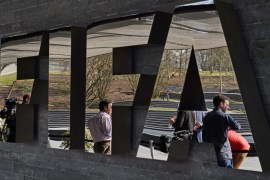 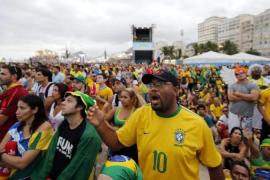 The 2014 tournament is being overshadowed by protests and corruption scandals.