Shashank Manohar is back in charge of the powerful Indian cricket board after being elected unopposed Sunday to replace Jagmohan Dalmiya, who died last month.

Manohar, who was also president of the Board of Control for Cricket in India for three years from 2008, promised to restore the reputation of the BCCI after allegations of spot-fixing and conflict of interest in the Indian Premier League.

“The BCCI has become a huge brand due to the love of fans and the cricket-loving population of this country,” Manohar said in Mumbai.

“The confidence of fans has been shaken due to certain unpleasant things. It is our duty to bring it back to its original reputation.”

We also need to lay down the norms and measures to prevent corruption in games. We'll have more programs to educate players

Manohar, a lawyer by profession, promised to change things within two months.

“We are planning to have an ombudsman or an ethics officer independent of the BCCI who can look into the complaints regarding conflicts of interest.

“We also need to lay down the norms and measures to prevent corruption in games. We’ll have more programs to educate players.”

Dalmiya himself had returned as the BCCI president this year after a decade away.

He was a consensus candidate after India’s Supreme Court forced out International Cricket Council chairman Narainaswamy Srinivasan following the 2013 IPL spot-fixing allegations and the subsequent lack of action by BCCI officials following the scandal.

Chennai Super Kings official Gurunath Meiyappan and Rajasthan Royals’ co-owner Raj Kundra were alleged to be in touch with illegal bookmakers but were not found guilty by BCCI’s own committee.

However, the Supreme Court later banned both officials for life and suspended the Chennai and Rajasthan franchises for two years.

The fixing controversy erupted during the 2013 IPL competition when a small group of players, including former test bowler Shantakumaran Sreesanth, were arrested for allegedly deliberately conceding a set number of runs in exchange for money from illegal gamblers. 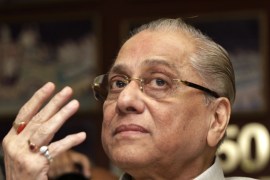 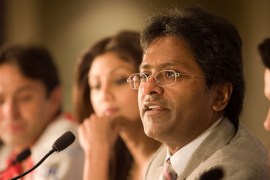 Exiled Indian admits rival body to the ICC was in the planning and it would push for cricket’s presence at the Olympics.